The Search for Truth 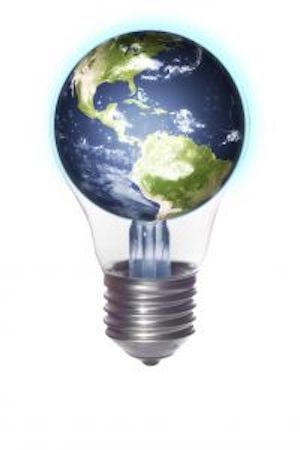 “There’s too much information, but not enough to go on” – Ian Hunter, “When the World Was Round”

There is a difference between information and knowledge, let alone truth. These days, it’s hard to know what to believe. Fifty years ago, a few nightly news programs and a couple of newspapers peddled what they reported to be “the truth.” But the internet has changed all that. The internet has forced good old competition back into a truth business that was once monopolized by tightly controlled corporate entities. Information now flows from numerous sources. Much of what constitutes “knowledge” cannot be broadcast by large corporations like CNN, Fox News, or the NY Times, because their corporate sponsors would pull their support instantly.

For purposes of this discussion, let’s assume that it is, in fact, possible to “know” something. Philosophy has attempted over the years to figure out what we can really “know”. Basically, philosophy is a search for opinions that are both true, and that we can be justified in believing to be true. Even science is based upon its own ‘philosophy’ of knowledge, and the assumptions that support this philosophy.

Scientists know things about the world, but there are built in limitations on science’s ability to make “truth” claims. Scientific experiments may measure something 100 times, only to “assume” that the universe will behave in the same way on the 101st time. But, this is only an assumption. Also, Heisenberg’s Uncertainty Principle limits science’s ability to “know” certain things about our universe. And, when we look at matter in its most basic form (quantum mechanics), we see that “knowing” the state of matter may not be possible without first having a conscious observer force the particles to behave in a certain way (the Schrodinger’s Cat thought experiment, for example).

This brings us to the internet, and its effect on the truth. As you know, in the past, information and knowledge was only published by certain sources. But the filters have come off with the advent of the internet. A 10 year old kid can now publish his ideas for the entire world to read. We can now look up any bit of information with our phones–encyclopedias are no longer necessary. In every way, the internet has helped our search for knowledge, yet simultaneously permitted us to get stupid just as quickly.

We are at the beginning of what I’m sure will be an exciting internet era, but its too early to predict how truth will come out the other side of this transition from paper to digital. Even though we’ve been liberated from ‘paper’, we now have “too much information, but not enough to go on”.

Here’s what Paul Craig Roberts has to say about the search for truth in his excellent article, “Does Truth Have a Future in America?”:

“The country in which we live is one in which the available information consists of the government’s lies. Information in the alternative media does not have a track record with the wider public. Some of the sites are too loony to be taken seriously, and the information provided by credible sites is too different from what the public hears from the print and TV media for the public to take it seriously. I have wondered if governments are behind the worst sites in order to discredit alternative media.
Government agencies and corporations recognize the threat posed to their control of explanations by internet writers and hire “trolls” to use the comment sections of sites to discredit truth-tellers. The combination of trolls and readers who only want to hear what they want to hear can bury the truths that try to emerge. ”

So how do get to the truth? If reasonable people sit down together, can’t we sort things out and come to an agreement on the “truth”? Nope. The internet is exposing numerous differences in ideas and opinions, none of which seems to be moving us towards some universally accepted “truth”. As such, we must remain tolerant of differing beliefs. In a way, our jury system attempts to do just that–have diverse people sit down together and search for the truth. It is our rules of evidence that force the jury to make decisions that will protect the rights of citizens. This is what our Constitution dictates, and it’s as close to “truth” as any government document has ever come.