The Three Types of Bond Motions in Florida

Everybody in jail wants some sort of bond motion to be filed. And, even some folks who are out of jail need a bond motion filed. In this video, we’re going to review the most common bond motions, and the reasons why we defense attorneys file each type of motion. 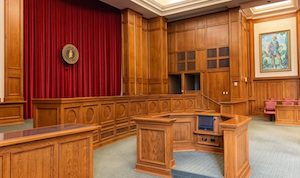 Rule 3.131 controls what sort of things a judge should look for when deciding to reduce a bond, you’ll want to check that out if you’re super curious.

The second type of bond motion popular in Florida is called a Motion to Set Bond. These are filed in cases where a judge has determined that an inmate poses a danger to the community or is charged with a serious crime, so bond is denied. In general, there are two types of crimes that start out with no bond–a capital offense and an offense punishable by life. Also, violations of probation typically have no bond.

It is the punishable by life charges that we most often file a Motion to Set Bond, and bond is granted in these cases if the state cannot show the judge that their proof is evident or the presumption of guilt is great. These are technical terms meaning, basically, if the state has a good case then the judge can deny you bond–if the state doesn’t have a good case the judge should grant bond.

And finally, the third type of bond motion is known as a Motion to Modify Conditions of Bond or Pretrial Release, and these motions are common in domestic violence cases. You have to understand that every battery domestic violence case comes with a No Contact order, meaning that the husband/boyfriend (etc.) cannot have any contact with the wife/girlfriend/fiancé, nor can he return to the family home.

A motion to Modify Bond attempts to convince the judge that the couple now wants to reconcile their relationship and try to make things work, so you’re asking the judge to go home and be allowed contact. I’ll give you more details on these three types of motions in a separate video. Thanks for watching.