Throw Down Cases Are Tough to Prove 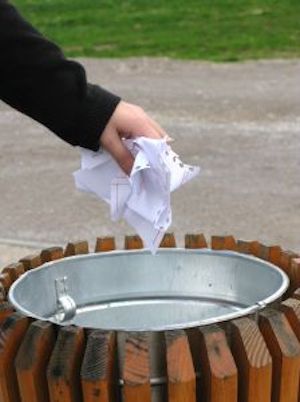 Let’s face it, Americans like their drugs. Especially weed. For some folks, their entire existence revolves around the substance. So, it can be tough to throw it away when the cops are approaching. And, that’s just what happened in our real life example of the day, F.Q. v. State of Florida, 98 So.3d 783 (Fla. 4th DCA 2012). (fyi, if someone is underage in juvenile court, they use the defendant’s initials, rather than the actual name).

Here’s the facts: F.Q. and his friend were chilling at an abandoned house, as young kids tend to do. Abandon houses are just magnets for kids, and cops. All of the sudden, the cops show up out of nowhere. F.Q. throws down one baggie that appears to contain marijuana, and F.Q.’s friend throws down another two baggies of marijuana. So, three baggies are recovered. F.Q. is arrested and charged with possession of marijuana. He takes the case to trial. At trial, the prosecution only admitted into evidence one of the three baggies. You see the problem here?

The State successfully proved that the one baggie admitted into evidence was, indeed, weed. But, there was no testimony at trial regarding which baggie was dropped by F.Q. Furthermore, there was no testimony linking F.Q. to the baggie admitted into evidence. As such, the appeals court threw out F.Q.’s conviction for possession of marijuana for several reasons, including the fact that “the State did not prove that the baggie that was admitted into evidence was the same baggie that F.Q. dropped. Further, the circumstantial evidence of actual possession ‘created nothing more than a strong suspicion … of guilt’, requiring the State to prove constructive possession.” Id. at 785. Ouch.

We’ve talked time and time again about how difficult it is to prove constructive possession, so there’s no need to go into great detail on that, but the court cited a favorite case of mine, Isaac v. State, 730 So.2d 757 (Fla. 2d DCA 1999). The case involved a possession of cocaine, but the issues are identical to those in F.Q.’s possession of marijuana case. In Isaac, two guys were passing a baggie of crack back and forth. When one of them noticed a cop approaching, the baggie was dropped. The court in Isaac held that “[m]ere proximity to contraband is not enough to establish dominion and control. Rather, to prove dominion and control the evidence must establish the defendant’s conscious and substantial possession, as distinguished from mere involuntary or superficial possession, of the contraband.” Id.

Because we like the Isaaccase so much, let’s soak in some more knowledge: “Here, the State did not meet its burden of excluding every reasonable hypothesis of innocence. To be sure, the circumstances suggested that one or both men possessed the cocaine. At the same time, however, those circumstances did not exclude the reasonable hypotheses that the men found the baggie at that spot and were simply examining it when the policemen happened by, or that the other fellow brought the cocaine there and was showing it to Isaac. Therefore, we reverse Isaac’s conviction and direct the circuit court to discharge him.” Id. at 758.

When you think about it, almost every “throw down” drug case with two or more people around involves an analysis similar to that found in Isaac and F.Q. How can the State ever prove that a defendant didn’t find “the baggie at that spot and were simply examining it”? Well, on rare occasion they can obtain fingerprints, but still, doesn’t that merely prove the defendant found the baggie at that spot and was simply examining it? Tough to prove, that’s all I’m saying.