Timing Can Be Everything in Theft Cases 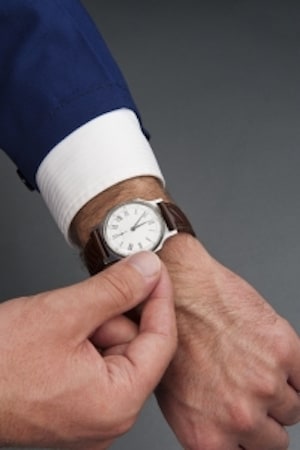 Timing is everything. At least, that’s what “they” say.

Let’s talk about the popularity of websites like ebay and craigslist. These websites allow citizens to sell all sorts of items, instantly, and ship them overnight to all parts of the world. The problem is, Florida law provides that a burglary or theft case can be proven if the items are “recently stolen”. So, if you’re unlucky enough to have bought something off craigslist within hours of it being stolen, there’s a good chance the police will simply assume you’re the one that stole the items.

I know what you’re thinking, how is it fair that the government need not present any proof that you are the person that stole an item? With all the ways people can buy and sell property, how on earth could we ever check to see that something is stolen before we buy it? The answer is, of course, that we can’t. Let’s talk about how our Florida appeals courts have tackled just such an issue.

The case is Nshaka v. State, 92 So.3d 843 (Fla. 4th DCA 2012). Nshaka was found guilty of burglary, specifically, a burglary of a conveyance (car) that was left unlocked (most car thefts, by the way, happen to vehicles which are unlocked–duh). Even dumber still, the car had in plain view a handbag which contained a drivers license, bank card, and cash. An eyewitness watched the entire theft take place, with the vehicle of the thief belonging to a resident of 5900 Hayes Street.

Believe it or not, officers then placed a tracking device on the car that was allegedly involved in the purse theft. The detectives later pulled over the car, hoping that the driver would grant them permission to search his home. They did the search, noticed several purses stacked up, and noticed several bills with Nshaka’s name on them. So, in order to conduct a more detailed search, the officers obtained a search warrant. With this warrant, the officers found a very organized drawer full of various drivers licenses and credit cards, including the ones involved in this case. The police sought to introduce all of the other credit cards and licenses found, and the trial judge allowed this other evidence to be admitted.

So, how long do you think it took this jury to find someone guilty who had all these “extra” licenses and credit cards? Answer: not long. The real question here is, even though these stolen items were found at Nshaka’s home, does that mean the items were “in his control?” Remember, no one actually saw Nshaka steal these items. The State argued that, because Nshaka had control over his home, an inference could be drawn that he participated in the burglary. But the court disagreed, because the state was never able to prove that Nshaka’s possession of stolen goods was “personal and exclusive”. Basically, the court held that the government never proved that he “possessed the goods to the extent that he exercised any dominion and control over them, let alone exclusive dominion and control.” Id at 847, citing King v. State 431 So.2d 272 (Fla. 5th DCA 1983).

And what about the timing here? What I didn’t tell you is that the search of Nshaka’s home happened three months after the burglary. Thus, the judge’s instruction to the jury stating that Nshaka’s possession of recently stolen goods may be considered as evidence that he, in fact, stole the goods–is not a valid argument. The court reasoned that “a three month lapse in time is not recent, so as to fit into the trial court’s instruction regarding ‘recently stolen’ items…the trial court erred in giving this jury instruction and we reverse…” id.

So there you have it. Being in possession of stolen goods doesn’t mean you’re the one that stole them. Now you know.