Traffic Stops on Private Property Can Be Illegal 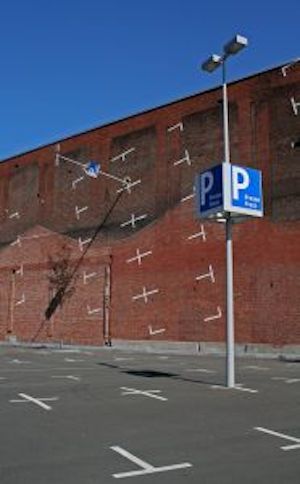 Yes, it seems as though nothing is beyond Big Brother’s power. Carry a cell phone around, and your movements can be tracked. Your conversations monitored. Your texts and emails and banking stuff–all done from your phone–can be tracked. To make matters worse, Apple recently applied for a patent on a product that permits Big Brother (or, anyone else who buys this technology) to shut off the audio/video portions of your phone at will. Say, for example, that the police don’t want bystanders to record what they’re doing, this product allows them to disable your phone’s audio/video capabilities (hold on to those old digital cameras, you might need them someday). Sure, Hollywood would like this sort of technology in movie theaters, to keep the blockbuster releases out of the hands of black market dvd merchants. Concert promoters may like this technology as well. But, don’t be surprised if our government and local law enforcement use it to prevent another Rodney King video from surfacing. I’m just saying….

Nemeth was driving in his apartment complex, when an officer noticed that Nemeth was driving without headlights. Oops. This is a DUI waiting to happen, as we all know, and this traffic stop led to Nemeth’s conviction for DUI. Also, no headlights constitutes a violation of Section 316.217 of the Florida Statutes. So, was the police officer outside of his jurisdiction when he made this stop in an apartment complex parking lot?

As you know, the police have the right to enforce traffic citations on a “street or highway”, but the court found that an apartment parking lot did not meet the definition of a street or highway, as it was not “open to use of public for purposes of vehicular traffic”. Id. Basically, the state never presented any evidence that this parking lot was open to use of the public, and I doubt they ever could present such evidence. It’s common knowledge that these parking lots have “Tow Notices” posted, which warn non-residences that their unlawful parking will result in the car being towed. So, even though there was no evidence to show that just anyone and everyone is entitled to publicly park in this apartment complex, the state may be able to justify the officer’s action under Florida Statute 316.006(3)(b), which states that an officer “may exercise jurisdiction over any private road…if the county and party…owning or controlling such road or roads provide, by written agreement…for county traffic control jurisdiction over the road.”

Basically, if a land owner (apartment, condo, shopping center, etc) has a written agreement with law enforcement, then the cops may issue traffic citations on their private property. This ruling, of course, does not apply to criminal matters. Crimes may be investigated on private property without such an agreement. Thus, say an officer suspects a driver of DUI. DUI is a crime, and that car may be stopped in the apartment complex parking lot. But, if the car has a broken tail light and no suspicion of criminal activity–the car on private property cannot be stopped without a written agreement permitting such. Chalk up a tiny victory for we citizens, still concerned over what little rights we have remaining.