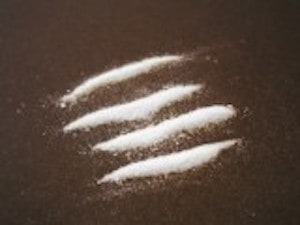 Remember that episode of Seinfeld where Elaine dates a gynecologist and she complains of his “lack of interest” in her, and the running joke was that her doctor friend had seen plenty of women at work all day, so Elaine couldn’t do much to peak his interest after work. I get that.

And, I feel the same way about crime TV shows. I get this stuff all day, so I don’t need to go home and watch more of it. In real life, the nuts & bolts of a criminal case are far less dramatic and often–very important aspects of the case get ignored on-screen.

For example, one of the most important documents in a criminal case is The Information. It’s the document that formally charges a citizen with a crime. Other states call this an “indictment,” but in Florida, we call it an information.

A frequent question about minimum mandatory sentences goes something like this:

“Is this really mandatory? or

“Can I get out of my minimum mandatory sentence?”

Yes, you can. There are lots and lots of ways to do this. But today’s case represents one of the more interesting ways I’ve seen a defense attorney wiggle a client out of minimum mandatory.

Juan Valera-Rodriguez was convicted of two counts of trafficking in cocaine and sentenced to two 15-year minimum mandatory prison sentences. Valera-Rodriguez v. State, 2020 Fla. App. LEXIS 5227 (Fla. 2d DCA 2020). What got Juan is trouble is something you’ve seen on TV a thousand times. Juan set up a deal for the purchase of a kilo of cocaine–but what he didn’t realize was that he was dealing with a confidential informant. So, how many times have you watched that crime show docu-drama where you just knew that hitman wasn’t really a hitman? Yes, there are as many confidential informants out there its hard to believe any real drug dealing gets accomplished. Just saying.

Minimum mandatory prison sentences force the hands of our judges. There is no room for any sort of sentencing “judgment” on cases like this because the legislature has already done much of the sentencing for the judge by requiring a rather lengthy minimum mandatory.

Minimum mandatory sentences on drug trafficking charges are determined by the weight of the drug. For example, in Juan’s trafficking in cocaine case, any amount above 28 grams but under 200 grams will force a judge to give Juan a minimum of 3 years prison. If the amount of cocaine was 200 grams to 400 grams, the judge must hand down at least 7 years in prison. And finally, trafficking in 400 grams to 150 kilograms requires Juan to serve at least 15 years in prison.

Technically speaking, the crime of trafficking is committed when someone traffics in 28 grams or more of cocaine. Once the amount of cocaine gets above 28 grams, we only care about the exact weight so that the minimum amount of prison can be calculated, as indicated above.

Now, Juan appealed his 15-year prison sentences because the Information charging him with the crime of trafficking failed to mention the precise weight of the drugs in question. Again, the information explains what you’re accused of, and in Juan’s case, his indictment only mentions that he trafficked in cocaine–meaning, he dealt with more than 28 grams. It never mentioned that the deal he set up was for a kilo of cocaine (1000 grams = 1 kilogram).

Juan wanted his trafficking charges dismissed due to this defect in the Information, and even the prosecutor in the case realized that an error was made. Both parties agreed that Juan should not get the 15-year minimum mandatory sentence because the prosecutors never put Juan on notice via the charging document that the amount intended to be proven was 1,000 grams of cocaine.

Because the prosecutors failed to mention–in the Information–how much cocaine they intended to prove, the appellate court threw out the 15-year prison sentence and reduced it to a 3-year minimum mandatory sentence, reasoning that “Mr. Valera-rodriguez was not on ‘notice he was subject to this 15-year mandatory minimum” because the Information failed to make any reference to the weight of the cocaine, but still, “he was informed that for the crime of conspiracy to commit trafficking in cocaine, he faced the possibility of at least a three-year mandatory minimum. After all, the charged offense required at least twenty-eight grams of cocaine.” id. at 10.

Unfortunately, the court kept the 15-year prison sentence on Count 2, so the small win Juan received on Count 1 will not do anything to get him out of prison sooner.

Still, the larger point on this case is important–always start your analysis of the case with a careful examination of the Information.