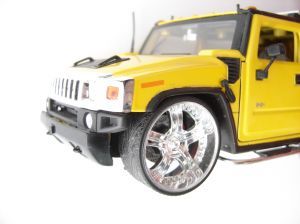 Whenever our government seeks to interrupt the movement of citizens, they are typically met with the question “why did you stop me, officer?” Of course, the police are at work and are also human, so they make mistakes at work just like the rest of us. If anyone on Earth needs thick skin, its cops, because their written reports are questioned on a daily basis by defense attorneys like me. The problem is, there are a few bad apples in the bunch who know “what to write” in order to legitimize their illegal activities. After more than twenty years of defending criminal cases, I have seen a few patterns arise, so I’ll give you a true version of facts, and then note how it is written in its final lying format:

TRUTH: “On February 9, 2014, I, Officer X, conducted a traffic stop on the defendant for three reasons: 1. He is black in a white neighborhood, 2. He has dreadlocks, and 3. He’s rolling on 28″ rims, and this particular Chevy looks really bad rolling anything more than 18″ rims.” Sure, we all know that if you’re riding on 28″ rims–I don’t care what the color of your skin is–you’re asking the cops to pull you over. So, as a public service announcement to all those rim fanatics out there, please transport your drugs in a five year old white Honda Accord with no boom in the trunk. An AARP sticker would help, as would a Z88.3 Christian Radio sticker, “Safe for the Little Ears”. In other words, these aren’t the droids you’re looking for….

Because no officer in his right mind would tell the truth as indicated above, below please find these same facts as they would appear on the official police report:

But, not all cops use the seat belt fib, some prefer the “odor of cannabis” fabrication. Yes, in case you were unaware, certain police officers smell weed from miles away, and they’ve probably obtained this skill through a freak accident similar to Peter Parker’s spider bite. These officers claim a heighten sense of smell that rivals even the best drug dogs, and to add insult to injury, judges believe it. As a side note, I have had officers honest enough to write in their report that they didn’t find marijuana even though the odor provided the legal basis for their search (in other words, they found cocaine, heroin, pills, or all of the above–but no weed). Intelligent judges will grant a motion to suppress under such circumstances, others will not, as such honesty is negated when the officer conveniently mentions that “the rear passenger of the vehicle admitted to smoking weed earlier in the day.” Oh yea, that’s right, this officer’s super sensitive snout smelt the morning’s wake and bake which occurred twelve hours later. We can’t punish this officer for being too good at his job, thanks for straightening that out for the court, officer, I find your stop perfectly legal.

Anyway, not all traffic stops are based on lies. Some are based upon citizen complaints, which then get transformed into dispatch reports, known as BOLO’s (Be On the Lookout). Our Constitution permits the government to stop any one of us if we match the description found in a BOLO, but only if certain conditions are met. First, how reliable is the person calling the police and telling them to stop the person? And, how detailed is the BOLO report? If someone calls the police during Bike Week in Daytona and tells them that an old white dude on a Harley just robbed him, they’re not going to stop every Harley on A1A. A similar tip situation arose in Stinson v. State, 117 So. 3d 859 (Fla. 4th DCA 2013).

It all started when an Indian River County officer received a dispatch describing a disturbance involving several black males. A handgun was pulled out during the disturbance, and the suspect fled the scene. “He was describe as wearing a white shirt and black or dark shorts and carrying a black square handgun. Several anonymous witnesses…reported the incident to 911.” Id. About a 150 yards from the incident, the dispatched helicopter spotted a black male “wearing a white shirt, black shorts, and a black jacket”. Id. at 860. (Hum, no BOLO for a black jacket…) When the officer on the ground caught up with the black jacket guy, the man was simply standing around talking to friends, nothing illegal going on, nothing observed which would indicate that this man “had committed a crime, was committing a crime, or about to commit a crime.” Id. at 861. The officer approached, but the man (Stinson) then walked away from the group. The officer commanded him to turn around and come talk to him, but he refused and continued to walk away, into his home. The officer stood at the front door, demanding that he come outside. Stinson obeyed. Police took possession of Stinson’s jacket, and as the police were handling the jacket a bottle of pills and baggies “kind of popped up”. Id. The pill bottle contained enough hydrocodone to charge trafficking in hydrocodone, and the baggies contained enough cocaine to support a possession of cocaine with intent to sell or distribute.

Now, I have given you the Rosetta Stone for translating police reports, so you should know how to translate a statement like “the drugs “kind of popped up” out of the jacket“. Everybody has their own language. When you go to the grocery store, you know that “organic” is really just a term for “expensive” (stolen from Jim Gaffigan). When your Phish friend indicates he just scored a Quarter Pounder with cheese, he’s not referring to a delicious McDonald’s sandwich. So, when you read a police report and something just “pops out”, you know that means that the police are lying and they had absolutely no Constitutional right to search the jacket–but they didn’t have to search because the drugs just conveniently “popped out”. Had these drugs not simply “popped out”, the cops would have been forced to leave Stinson’s house and, no arrest, no drug charges, and fewer arrests will eventually lead to less taxpayer funds being pumped into Crime Inc.–we can’t have that, can we?

Stinson’s defense attorney filed a motion to suppress, due to the fact that Stinson didn’t match the BOLO description and the cops didn’t see anything incriminating to back up the anonymous claims. The motion was denied by the trial judge. To make matters worse, the judge denied the defense lawyer’s motion in limine to keep out testimony regarding the firearm incident which led up to the stop. Such testimony is simply prejudicial and doesn’t add much value to the jury’s decision as to whether or not Stinson was possessing cocaine and hydrocodone. Motion denied. The jury got to hear all about the handgun incident, so it should come as no surprise that Stinson was convicted of trafficking in Hydrocodone and possession of cocaine with intent to sell or deliver. He appealed. Here’s what the appellate court had to say.

First, the appeals court had to determine the nature of the handgun tip and the description of the black male. Anonymous tips are barely trustworthy, and our courts require police to do actual police work to corroborate these tips (imagine that). Sure, the police can follow the person that matches the description, but no stop is allowed until they see something more, something suspicious or criminal. In our case, the description was both vague and inaccurate, because Stinson was wearing a heavy black leather jacket. The BOLO never mentioned a jacket at all, much less a heavy black leather jacket. Again, on an anonymous tip, the police must see suspicious activity that would corroborate the tip. No such evidence here. Walking away from the cops doesn’t qualify as suspicious. The appeals court reasoned that the “sole basis for the officer’s stop and detention of the defendant was the anonymous tip, which the officer was unable to corroborate. Because the totality of the facts and circumstances did not provide reasonable suspicion to stop and detain the defendant, the trial court should have granted the motion to suppress the evidence…Accordingly, we reverse appellant’s conviction for trafficking in Hydrocodone and possession of cocaine with intent to distribute.” Id. at 864.

All and all, I’m pretty sure the appeals court was as surprised as Stinson’s attorney that the trial court judge and the prosecutor (well, not so surprising) would allow this stop to stand. But then again, I know several judges that wouldn’t follow the law on a case like this, so maybe it came as no surprise at all.