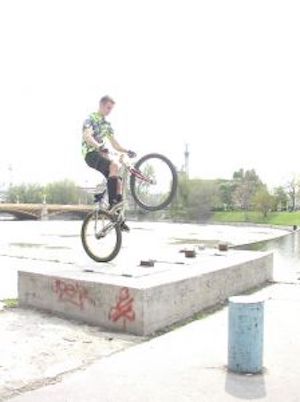 Ever notice that certain things in life are simply wrong if done to a civilian, but “criminal” if done to the government? Case in point: the payment of debts. If you fail to pay your power bill, you “owe” the money, but it’s not a crime. If you miss a payment on your new car, you “owe” that payment to the bank–and–the bank may show up one day to take the car back. But, if you owe the government, failing to pay those taxes can be a crime.

Failing to pay a debt–even taxes–is not a crime in every country on Earth. That’s why some folks who are wanted by Big Brother for failing to pay their tax debt sometimes flee to countries like Switzerland. Even though we have an agreement with Switzerland to send each other fugitives, the agreement is contingent upon the fact that the activity be a “crime” in both countries. It is not a crime to fail to pay your taxes in Switzerland. Sure, the government may come to your house and seize everything down to your underwear and toothbrush–but it’s still not a crime to have an outstanding debt to the government (by the same token, our government once refused to send a fugitive back to Ireland for his pending assisted suicide charges, because assisted suicide is perfectly legal in some states).

So, I’ve gotten a little off course here. We’re talking about the consequences of a citizen failing to do something. Fail to obey your boss’ commands, and you may get fired. Fail to obey doctor’s orders, and you may get sicker. Fail to obey a government official–it may be a crime. And, that’s just what happened to a kid by the name of K.J. (juvenile names are kept secret, in case you haven’t figured that out by now). In the case of K.J. v. State of Florida, 107 So.3d 523 (Fla. 4th DCA 2013), K.J. was charged with trespass simply by hanging out in a city park. He was not doing anything illegal, except for the fact that he was in the park after it closed at sunset. How many of us have been in a store at closing time and heard “Best Buy Shoppers, the time is now 9:05 pm, and our store is closed, please bring all items to the cashiers”. No crime, right? Anyway, an officer approached K.J. to inform him of such, and K.J. started to run off. He was caught by the officer, and told by the officer to “stay out of the park” and “don’t come back.”

The very next afternoon, while the park was actually open, this very same officer noticed that K.J. was back in the park. In case you’re wondering where your tax money goes in the criminal justice system, this officer chose to spend your tax payer dollars arresting K.J. for trespass. Now, don’t you feel safer knowing these trespassing kids are off the streets?

K.J.’s criminal defense attorney moved to dismiss the trespass, but the motion was denied. On appeal, the fourth district threw out the trespass conviction, holding that the “officers did not see the juvenile engaging in any activity while the park was closed which justified warning him to ‘stay out of the park’ while the park was open. Based on the foregoing, the circuit court erred in denying the juvenile’s motion for judgment of dismissal.” Id. Sometimes, as in this case, defending a trespass charge begins with figuring out whether or not the original warning was justified. And there you have it, a government official’s “commands” shut down by an appeals court.