Truth Which Can't Be Proven Logically 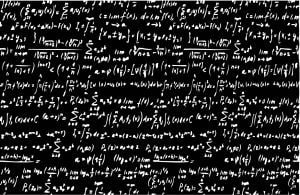 Criminal cases involves arguments over “facts”. Should a certain fact be submitted to the jury? Well, that depends. Who is qualified to submit the fact to the jury? Can an officer testify in a trafficking case that a pill labelled “Watson 853” contains hydrocodone? Can an FDLE lab analyst testify on the same issue? What about a pharmacist? And, how was the fact obtained? Our Constitution will not permit the admission of facts obtained unconstitutionally (illegal searches, for example). It is also important to consider the form in which the fact be presented to the jury. Will the fact be presented as a mere printed document from a business record (possibly hearsay, but maybe admissible hearsay)? Or, will the fact require some human testimony so that the defendant may be permitted to cross examine the fact presented (its tough to cross examine a piece of paper…)?

We criminal defense attorneys routinely exclude, scrutinize, and neutralize what government witnesses attempt to present to the jury as “facts”. For much of history, science has told us that there are only two types of facts: known facts, and unknown facts. Known facts are pretty easy to understand, like the Earth orbits around the Sun. Known facts have been studied, repeatedly verified, and thus lead us to conclude that the bright ball up in the sky during the day is, ‘in fact’, our Sun.

The second type of fact is an unknown fact. By labeling something ‘unknown’, science is leaving open the possibility that, given enough time and research, this fact can become known. An unknown fact would involve a question like, is there life on the Sun? We’re pretty sure their isn’t, because it’s pretty hot. But, we’ve found life forms here on Earth deep beneath the sea, living near high temperature sea vents under conditions that no surface life form could tolerate. So, life on the Sun is an unknown fact–either there is or there isn’t–but we simply haven’t gotten around to discovering the answer.

The fun starts with the third category of facts, thanks in part not to science, but to mathematics. Mathematics has changed our scientific view that once split facts into either known, or unknown facts (yes, there are still some over confident scientists out there that assume science can eventually know everything…). Keep in mind that mathematics provides the foundation for much of science. The natural laws discovered by science were found thru the use of mathematics. Mathematics teaches us that some facts are true, and some false, without much effort. If I tell you the sum of two even numbers will be an odd number–you can instantly know that statement is false, as 2 + 2 = 4.

The most interesting notion of all came when Kurt Godel introduced a third type of fact, which some scientists have come to call “the unknowable” fact. How do you “know” something is a “fact” if its unknowable? Godel proved that, for example, if you have an equation with an infinite number of objects in it, there are true results which cannot be proven logically. This was a revolutionary mathematical proof, because before this proof, science taught us that there were only known facts, and unknown facts.

How can you get truth without logical proof? It can be done, it has been done, but you’ve got to be a mathematician to understand it. Here’s the technical explanation from Wikipedia: “Gödel is best known for his two incompleteness theorems, published in 1931 when he was 25 years old, one year after finishing his doctorate at the University of Vienna. The more famous incompleteness theorem states that for any self-consistent recursive axiomatic system powerful enough to describe the arithmetic of the natural numbers (for example Peano arithmetic), there are true propositions about the naturals that cannot be proved from the axioms. To prove this theorem, Gödel developed a technique now known as Gödel numbering, which codes formal expressions as natural numbers.”

Later, Wikipedia uses language we all can understand: “In hindsight, the basic idea at the heart of the incompleteness theorem is rather simple. Gödel essentially constructed a formula that claims that it is unprovable in a given formal system. If it were provable, it would be false, which contradicts the idea that in a consistent system, provable statements are always true. Thus there will always be at least one true but unprovable statement.”

So, there are some things out there that are true, but unprovable–and this statement has been proven. Science has told us for years that if some fact cannot be proven logically, it must not be true. Mathematics has proven otherwise. Simple, obvious, and yet profound.