There are many different criminal charges that stem from possession of a fake ID, and their punishments range anywhere from five years in prison, to misdemeanors with up to 60 days in jail. In this video, we’re going to take a look at the differences between these charges and what it all really means.

Statistically speaking, there’s always a couple of people in a bar or club that snuck in with a fake ID. And most cops are going to arrest you for the felony version of this crime, giving you an online mugshot & criminal history for a felony, when there is a misdemeanor option available. 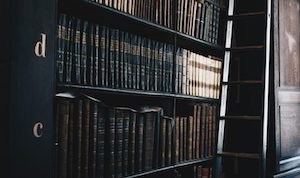 The good news is, we defense attorneys are going to be able to get this charge knocked down to a misdemeanor, or dismissed, depending on the facts. Now, there’s a huge chasm (redundant, I suppose) between the severity of the misdemeanor fake ID charge and the felony fake ID charge, so let’s take a closer look. Unauthorized possession of a driver license or identification card comes from Florida Statute 322.212, with the misdemeanor version found at 322.212(5)(b). Also there is a misdemeanor available for providing false identification to law enforcement, found in Florida Statute 901.36(1).

The felony charge of unauthorized possession of a driver license carries a maximum prison sentence of 5 years, or 5 years o probation and a max $5,000 fine. Yes, its that serious. The law on this, 322.212, lays out what constitutes a felony, and what constitutes a misdemeanor, and let me sum it up for you. Basically, if you’ve taken your very own ID and altered the date of birth, maybe because you’re under 21 and now want to be over 21 (for example), that crime is a misdemeanor of the second degree and is punishable by a maximum 60 days in jail, 6 months probation, and a $500 fine.

In college towns, this is a pretty common arrest even though the cops will usually book student into the jail on the felony, mugshots online and everything, even though the facts are really just a misdemeanor. The felony charge comes into play when you’re in possession of an ID that is not yours at all, or its entirely fake, maybe completely fabricated straight from some’s color printer. People do it, and either way, that sort of thing constitutes a felony.

Another way to get the felony is, let’s say, for example, that you borrow your older sister’s driver’s license in order to get into a club and you’re found in possession of that ID. that would be a felony “unauthorized possession of a driver license”. We’re also seeing lots of felony charges for this crime with false ID cards concerning immigration, because fake green cars fall under the felony category. So, be careful out there and thanks for watching.