Unbelievable Loophole in Failure to Register as a Sex Offender 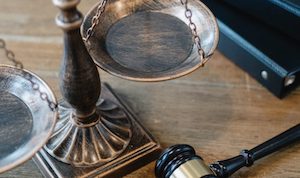 Way back in the early 80’s, kids were selling newspapers on every corner. I remember one such kid would always be sitting outside of my church after mass, and another kid would sell newspapers in front of Dierbergs (a supermarket in St. Louis, where I grew up).

Newspapers began their decades-long slide by this time, as folks’ attention spans were just starting to shift to different platforms. This was the early ’80’s, and the first indication that technology may be providing we kids some alternatives happened at my friend’s house across the street. They were the first to get a small dish on their roof that only provided them one channel–Showtime.

Can you imagine, only one channel? It seemed like my neighbors were rich, to be able to afford this small dish on their roof that no one else had. I was in middle school at the time, think 1981-ish, and we would gather around my friend’s TV at night when the parents went to bed, hoping to catch an R-Rated movie. And, Showtime always delivered. We middle school boys were in heaven.

I’m not really sure how my neighbor’s Showtime dish connects with the law here, but our real-life case for today involves a young man who was arrested three times for failing to register as a sex offender. State of Florida vs. Ray La Vel James, Fla. 2nd DCA 2020, Case No. 2D18-2552 (Opinion Filed April 15, 2020).

To be convicted of failing to register as a sex offender, you must, of course, be a sex offender. And, there are many ways to be designated as a sex offender. James served a maximum 15-year prison sentence for attempted lewd and lascivious molestation. That offense qualifies for registration, but let me add an important fact: his sentence was 15 years in prison and a $10,000 fine.

Even though we know that James was released from prison in 2016, it is important to tell you that he has failed to pay his $10,000 fine on his original sex offense (the one that the State claims he must register for, and failed to do so).

James filed a Motion to Dismiss all of his failure to register charges, claiming that only sex offenders must register, and he’s not a sex offender as defined under Florida Statute 943.0435(1)(h)(1).

At the risk of sounding like an episode of Inside Baseball, we must dig into the details of Florida Statute 943.0435 to understand what James was saying. Hang in there, just for a few sentences.

The statute defining a sex offender in 943.0435 has four subparagraphs, A, B, C, and D. If one of these paragraphs doesn’t apply to you–you’re NOT a sex offender, and you don’t need to register as one.

In James’ motion to dismiss, he notes that only one of these could possibly apply to him. Subsection “A” states that you’re a sex offender if you have “been released after October 1, 1997 from the sanction imposed for any conviction of an offense described in sub-sub-subparagraph (I).”

So the first question under subsection “A” is, was James convicted of an offense that would trigger sex offender registration? Yes, James was convicted of a sex offense found in sub-sub-subparagraph (I).

Ok. Next question. Was James “released from the sanction imposed” after October 1, 1997 (he was released from prison in 2016)?

James still has not been released from his sanctions, because he still owes the $10,000 fine. That fine is still due and payable. It is a sanction.

We’ve been so focused on James’ release from prison that we didn’t realize that James also had a monetary sanction.

The judge granted James’ motions to dismiss, and the State appealed that decision. The Second District Court of Appeals agreed that “Mr. James does not qualify as a ‘sexual offender’ under 943.0435(1)(h)(1) because he has not yet been released from the sanction imposed in his underlying case; therefore, Mr. James is not required to report and register as a ‘sexual offender’.”

The court reasoned that “here, Mr. James’ entire ‘sanction’ for his conviction under section 800.04 (lewd and lascivious molestation) consists of fifteen years’ prison and a $10,000 fine. Mr. James’ release from incarceration has no effect on the $10,000 fine, which is a portion of his sanction for his conviction. Accordingly, his sanction, as a whole, has not been released, and he does not qualify as a ‘sexual offender’ for purposes of reporting and registration under section 943.0435.”

So, you’re probably asking yourself at least two questions. First, why would a sex offender ever pay a fine, ever again? Or second, why would a judge impose a fine in a sex case ever again?

The court noted that these concerns are not their problem, stating that “a defendant could take advantage of this provision by simply failing to ever pay a fine in order to delay having to comply with the reporting requirements, but this is an issue for the legislature to address, and not the courts.”

As a side note, had the original court simply imposed the $10,000 as a civil lien instead of a fine–we wouldn’t be having this conversation right now. Civil liens are not considered “sanctions” as defined in section 943.0435.