Understanding the Process of Early Termination of Probation

The process of early termination all starts with probation’s input. This process cannot get out of the gate until the judge knows, directly from probation, that the probationer is in good standing. Meaning, there’s no violations pending, and the probationer has completed all the conditions of probation. That’s where the process starts.

Nobody gets off probation without proof from their probation officer that everything checks out. Its important to note here, however, that we don’t care what your probation officer thinks, they don’t have to agree, but they’re the only ones who can assure the judge that you’ve completed everything you’re supposed to complete. If probation agrees to early term, that’s a bonus, but its not necessary. On many charges, they won’t agree as a matter of principal (say, if you’re a sex offender, they rarely agree, but we get these things granted over their objections anyway, so don’t worry, they’re not the judge here). 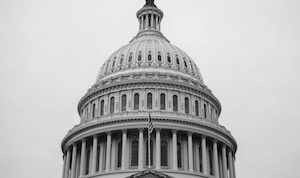 Once we have written documentation from probation of your status, we have to reach out to the prosecutor to get their input. Again, we don’t really care what they say, they usually object, but we need their input in writing as well. They’re the one’s that must comply with Marcy’s law, so the judge cannot early term without first getting the input of the victim through the state attorney office, so we need their input as well.

Once we have everything in writing, we then file the motion for early termination with the judge. The process from there depends on your particular judge. Some judges like to have hearings on this sort of thing, and we will then set a Motion for Early Termination hearing. Other judges don’t like hearings on Motions for Early Termination, and they’ll just enter their ruling “in chambers.”

The point is, unfortunately, you’re not entitled to a hearing as part of the early termination process. So, please get yourself a good local attorney, someone familiar with the judge, and I wish you luck on your case. If you’re looking to get out of probation in Orange, Seminole, or Osceola County, my name is John Guidry, give me a call, let’s see if we can help you out. Thanks for watching, take care.