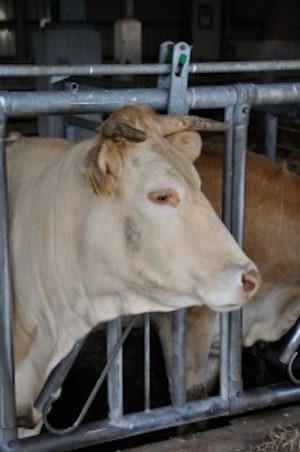 Sometimes, you can just look at a group of people and know “they’re up to no good”. These “up to no good” groups are not kids hanging out, covered in tattoos and piercings at 3 am. Punk kids are suspicious at best, and usually spend half the night telling each other that “nobody understands me”, and the other half detailing “how different they are”. No, we’ve got to dig deeper. For example, say you’re eating at one of the finer establishments in town, and you see your local congressional representative having dinner with a Big Oil executive. This can’t be good, right? It’s at least suspicious, like that smell of vanilla that permeates your clothes after a night of supporting single moms–there aren’t many good explanations for such an aroma, I’m just saying. Or, say your State’s Senator is having dinner with an executive from a big pharmaceutical company–what good could possibly come out of this? Another law exempting Big Pharma from lawsuits? Maybe a law attacking competing products coming from the supplements market? Who knows, the possibilities are endless. Yes, BIg Oil and Big Pharma are easy targets, and we don’t have time for such cliches (too late?).

Today we’re going to focus on the unholy marriage between corporate farming, and our government, and their demon baby “ag gag laws”. The reason they’re getting my attention is that, in at least six states, they have made it a crime to take pictures of how our food is being processed. That’s right, taking a picture can be a crime. Now, taking a picture can be a crime if you’re a pervert looking at naked kids, or a spy taking a picture of top secret documents or military hardware. I get that. But, we’ve now reached a new level of corporate and governmental intercourse, one George Orwell warned us about years ago. The fact is, some companies are so big, they have practically merged with the government. The unholy love child of this relationship is that, every potential instigator standing up to a big company no longer faces a civil lawsuit–its now criminal.

Six states now have “Ag Gag” laws, which make it a crime to “enter an animal facility to take pictures by photograph video camera, or other means”. Yes, they really don’t want you to know how your food is being made. The prime offenders are North Dakota, Montana, Missouri (my home state!), Kansas, Iowa, and Utah.

First of all, we criminal defense attorneys love the constitution, it keeps the government in check. And, as much as I may selfishly welcome the new business generated when more crimes are added to the books–ag gag laws are simply un-american. Don’t we have a First Amendment? How on earth can a reporter ever uncover animal abuse (or what have you) without becoming a felon? Clearly, these laws create a chilling effect on any investigative news agency that may want to get to the bottom of a story arising out of a food processing facility.

Let’s face it, Big Brother and Big Ag (Big Anything?) hate technology that gives the power to the people. Everyone has a video camera built into their phone, and the very concept of privacy is changing right before our eyes as a result. Yet, corporations should not have the same privacy rights that as actual persons.