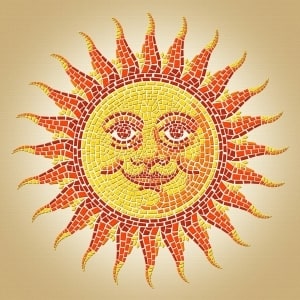 Nobody likes to be bossed around, but, we all have to put up with bossy people from time to time. When it comes to bossy cops, it is often easier to comply with their bogus commands than to inform them their behavior is illegal. Law enforcement represent that small group of people on Earth that can actually put you in a cage for failing to obey their commands. Today’s case study involves how an officer’s illegal command led to the dismissal of a possession of cocaine case.

In the case of Collins v. State, 115 So.3d 1040 (4th DCA 2013), Collins was hanging outside at an apartment complex littered with “No Trespassing” signs. An anonymous call to the police claimed that juveniles were loitering at the complex, and possibly using drugs. When police arrived, Collins was standing around outside, as many folks do here in sunny Florida. After all, Vitamin D from the sun is good thing, right? Wrong. Standing outside is borderline criminal in some areas, apparently, and this officer thought he had himself a trespassing arrest, but Collins explained to the officer that he was there to visit a friend. The officer then proceeded to knock on the apartment door of Collins’ friend, yet nobody answered (who, after all, answers the door to strangers anyway, much less for the police?).

Now, what happened before the officer left Collins to knock on the door–that’s what’s important here. The officer told Collins to “stand by” while he verified his “guest status”. The officer further explained, at the Motion to Suppress hearing, that Collins was not free to leave until he returned. Hum.

While the officer was knocking on the neighbor’s door, he saw Collins remove a substance from his pocket and drop it on the ground. As you may have figured out by now, that substance turned out to be cocaine. Collins’ criminal defense attorney sought to suppress the cocaine (and thus, of course, throw out the entire case) because the officer had no reasonable suspicion to detain Collins based on a vague anonymous call. The State disagreed, arguing that the anonymous call provided enough information to detain Collins. So, who was right?

Plenty of cases today involve anonymous tips, so let’s review the basics. Police are entitled to detain a citizen based upon a tip, but only when the “details provided in the call are corroborated by independent police work giving the call a sufficient indicia of reliability.” id. Working within that basic rule, the appeals court in Collins first analyzed whether or not the tip details were corroborated by the officer. First, the caller specifically mentioned “juveniles” hanging out–Collins was 21 years old. Strike One.

Second, the caller mentioned drug activity, but the officer never observed narcotic activity before detaining Collins. Strike Two. The court further noted that the “information provided in the anonymous call was bare bones and lacked any degree of detail.” Strike Three. So, the appeals court held that the officer in this case never should have told Collins to “stand by” while he verified his visitation story. All evidence obtained after this illegal command and detention should have been suppressed.

You may be asking yourself at this point, “what about the No Trespassing” sign? Don’t those signs mean anything? Well, yes and no. The sign doesn’t give an officer reasonable suspicion to detain people who are outside in such an area. The court noted this general rule as follows, “a person’s mere presence on a property is not sufficient to give rise to a reasonable suspicion that the crime of trespass is being committed and cannot be the basis for an investigatory stop.” id.

And there you have it, Anonymous Tips 101.