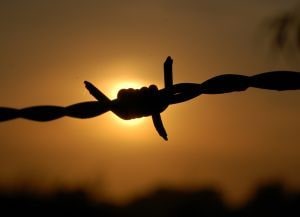 It seems as though sex offenders should officially be labeled as “the least of our brothers”, for those of you with a Christian viewpoint. Think about it–they’re the lepers of modern society. Sex offenders cannot live in most places due to residential restrictions, even though they’ve finished their sentence entirely! As if the problems of a sex offender conviction are not enough, it now appears as though these folks are not getting a fair trial on the front end. Here’s a case in point.

Recently, Mr. Yosvani Torres was charged with sexual battery in Torres v. State of Florida, 2011 WL 148322 (Fla. 3rd DCA 2011, 1/19/11), and the trial judge allowed the state to present “Williams Rule evidence” of Mr. Torres allegedly touching the breasts and vagina of another person back in 1998 (even though charges were never filed). To add insult to injury, the trial judge also allowed this witness (now age 20) to testify about the emotional impact of this alleged episode of 13+ years prior. Just to give some perspective here, remember that emotional impact testimony is reserved for the sentencing phase of a trial, this type of testimony has no business being introduced to show that an accused is ‘guilty’. Unfortunately, that’s exactly what happen. The appellate court upheld the trial court’s decision to allow the victim impact testimony–but not without some harsh words from dissenting Judge J. Ramirez.

Judge Ramirez did not hold back on the majority’s decision, stating “This case can go down under the “anything goes” department when it comes to a criminal prosecution of an unsympathetic defendant.” Id. The dissenting judge went on to say that “Unless we have different rules of evidence in the prosecution of sexual battery on minors, we are now going to allow victims of crimes to testify as to the impact the traumatic event had on their lives. Robbery victims can recount how they will no longer go out at night, burglary victims will testify that they are now terrified to leave their homes, embezzlement victims will recount how they are afraid to talk to strangers and all rape victims will be able to tell the juries how the crime has devastated their lives” Id.

Judge Ramirez is a breath of fresh air. His concerns are important, because how we treat the least of our brothers matters. Ramirez reasons that “[i]f we, as a society, decide that sex offenders are not entitled to a fair trial, let’s come out and say so. But if the rules of evidence apply equally to all, as we profess they do, this victim impact evidence was clearly inadmissible.” Amen.