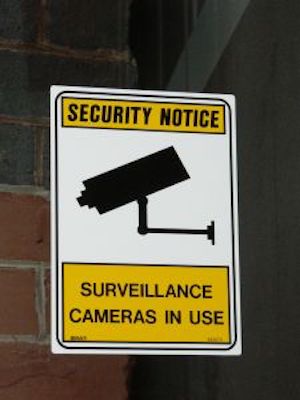 The police won’t really do that on a theft case, will they? After all, its only a theft charge!

Yes, the police may end up doing that. Yes, that would be a waste of tax payer money, but that doesn’t stop them (ever). And, law enforcement sometimes surprises us with their good old fashioned police work. Bottom line is: don’t be surprised when the police use technology you only see on TV Shows.

So, for all you folks wondering just how hard the police are going to work at a petit theft case, or a shoplifting case, or a grand theft case — I have some (potentially) bad news for you. The advent of “new” technologies enables law enforcement to arrest more shoplifters at Kohl’s, Macys, Wal-Mart and Target than previously thought possible. What is this crazy “new tech” and why did I put it in air quotes? Unfortunately, we’re getting more shoplifting arrests due to cheap data storage. Hard drives, basically. I know, you’re disappointed because you thought we’d be discussing the laser-guided ear lobe analysis used on the latest iteration of Law & Order. Sorry.

Store surveillance video isn’t new, but what’s new is the fact that these stores can (and do) rewind months and months of footage to see if a recently caught shoplifter had stolen from the store previously. Back in the day of VCR’s, stores would write over their tapes within a day or two. Even five years ago, it was pretty expensive to keep a few days of footage, when you’re saving data from 30+ cameras recording 24/7. Today, hard drives are cheaper. They’re bigger. So, how does this impact a shoplifting case?

Well, it is “possible” that folks who get arrested for shoplifting may have stolen at that store before, and everything that’s happened in the store for the last four or five months in on a hard drive somewhere. Loss prevention will dig through old video surveillance to find out if the recent arrestee had prior theft shenanigans. If the old footage reveals the person stealing on previous visits (and they have, that’s why we’re talking about it), there’s going to be a new arrest for an old charge. Sure, we have ways of beating these petit theft allegations derived from old video footage, but who would have thought that cheap hard drives would lead to more shoplifting cases?

Our urban myth of the day comes from the recent case of A.D.P. v. State, 2017 Fla. App. LEXIS 10101 (Fla. 2nd DCA 2017) (We’re using initials for the case name, which tells us that a juvenile offender is involved here, FYI). This kid was convicted of grand theft motor vehicle, and it all began when the victim “accidently left her keys in the door at her apartment complex. The next morning her 2006 Toyota Highlander was missing. There was a bead necklace hanging from her rearview mirror, and when the vehicle was returned to her the necklace was gone.” Id.

The car was recovered three days later, parked outside of A.D.P.’s apartment building. The real kicker is this: A.D.P’s fingerprint was found on the rearview mirror.

Now, this brings us to urban myth #2: the police don’t take fingerprints on theft cases, do they?

Yes, fingerprints on a grand theft case. I hate to be the one to burst your naive little law enforcement bubble. Now, fingerprints aren’t all they’re cracked up to be. I wouldn’t let the state’s “expert” witness testify that “Fingerprint Sample A matches Fingerprint sample B”, but we’re not hear to attack fingerprint claims (for that discussion, check out my “interesting” article Fingerprint Experts Shouldn’t Make Claims They Can’t Support).

So, How did A.D.P.’s fingerprint end up in the victim’s car, on her rearview mirror no less?

In finding A.D.P. guilty of grand theft auto, the judge told the prosecutor the following:

“Basically, you gave me a case with a fingerprint.

As you can see from the transcript above, one fingerprint was enough to convict for theft. But, did this reasoning hold up on appeal? (Would I be writing about it if it did? You know me better than that…).

The appeals court overturned A.D.P.’s conviction, reasoning that the state’s evidence, a fingerprint, could also be consistent with the notion that A.D.P. was a passenger. It is well established Florida law that “evidence that a person was a passenger in a previously stolen vehicle is insufficient to prove the theft of the vehicle”. id., citing Canady v. State, 813 So. 2d 161 (Fla. 2d DCA 2002). In order to prove theft, the state must prove that “the accused exercised dominion and control over the vehicle, such as when a person is merely a passenger, a motor vehicle theft has not been established.” id.

At this point, you’re probably thinking, who said anything about A.D.P. being a passenger?

Because A.D.P. was not caught red handed, this case involves only circumstantial evidence. No one saw A.D.P. behind the wheel of this car. A.D.P. didn’t admit to stealing this car. As such, the prosecutor must present evidence that rebuts any reasonable hypothesis of innocence. Now, this ‘reasonable hypothesis of innocence’ concept can fill an entire book, or at least several chapters, all of which would bore you to tears. So, let’s just say that in this case one reasonable theory of innocence would be the fact that A.D.P. never drove the car–he was merely a passenger who utilized the rearview mirror from the passenger side. Sure, its odd. But possible, nonetheless.

So, the appeals court threw out the grand theft conviction, holding that “the State’s evidence was not inconsistent with a reasonable hypothesis that A.D.P. touched the rearview mirror while a passenger and that he did not participate in the vehicle’s theft some three days earlier.” id. at 5.

And there you have it. Fingerprints used in a theft case. And still, not guilty.