Violation of Probation for an Uninspired Job Search 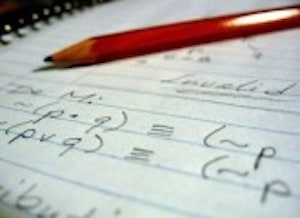 For those of you no longer in school, isn’t it great that we don’t have a test today, or tomorrow? Have you noticed that kids these days are taking way too many tests? Two things seem obvious: 1) everybody agrees there’s too much testing, and 2) no one is doing anything about it. I would add a third point here, which is the fact that kids don’t learn anything from all this testing. In other words, if you compare students who have taken lots of tests to students who have taken only a few–the kids who had less testing are better off. In law school, we had one exam at the end of each semester. No quizzes. No midterms. One final exam, that’s it.

Now, before you decide to overhaul our entire American school system, it bears mentioning that Finland has a population of 5 million. We have 326 million people. And, there are pockets of the United States that score higher than Finland, so should Finland adopt the educational system of those parts of our country which score higher than theirs? Where does this comparison game end?

I remember a test in middle school that, basically, was designed to see if we kids could follow instructions. Here’s the basic format:

Teacher: “Alright class, take out your pencils. Read all the instructions before writing down your answers.”

Yes, this is a sneaky test, and the teacher paces the classroom with a big smirk as the kids frantically write down their answers. Eventually, I caught on to this trickery. I would lock eyes with the teacher as if to say “I can follow instructions, I’m with you, look at my idiot classmates not following instructions….” [legal segue coming up] This same sort of failure to understand the “meaning of words” is why we’ll be examining a violation of probation case today. We have a probation officer, a prosecutor, and a judge–none of whom can follow fairly simple instructions. Shocking, I know. Fuentes v. State, 2017 Fla. App. LEXIS 7801 (Fla. 3rd DCA 2017).

Fuentes violated his five years of probation and received a twenty year prison sentence. His violation came in two forms. First, he was accused of a new crime, uttering a forged instrument (we call this a “substantive violation”). Second, Fuentes was violated because he failed to “keep a job application log with a minimum of 5 jobs per week (we call this a “technical violation”).” Id. Now, for those probationers who have not been able to find work, this is fairly common special condition of probation–you must at least try to find work. It is kind of laughable that the very same court that convicts you of a felony then expects you to find work. Let’s face it, there aren’t many employers out there willing to hire convicted felons who are under the supervision of the Department of Corrections. This is a shame, for many reasons. And oddly enough, those employers who do give probationers a chance end up hiring more and more probationers because they know these folks are on their best behavior.

Let’s start with the basics. Was Fuentes ordered to submit weekly job application logs to his probation officer? No. Let’s read the court’s order one more time, and see if you see anything in there which requires such weekly submissions: probationer must keep a job application log with a minimum of 5 jobs per week.

Yes, it can be tough sometimes to interpret words with multiple syllables, and sentences with commas. Good thing we have appellate courts to step in and translate every now and then.