VOP for Being Poor 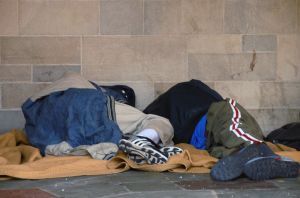 Money comes, and money goes. We all have important bills to pay. Here in Orlando, times are tough for many folks. This is especially true of those on probation. It can be hard enough to get by in life, but add to that the conditions of probation–and how much money it costs to complete these conditions–and this can spell a receipt for disaster. Let’s take a look at the train wreck now.

No probationer has it worse than the sex offender. Sex offender conditions of probation are too vast to list here, but it’s fair to say it’s not cheap. In the case of Washington v. State, 2011 WL 1760432 (Fla. 1st DCA 2011), the defendant was on probation for a sex offense, and was issued a violation of probation warrant for failing to (1) maintain his GPS monitoring device, and (2) attend sex offender counseling. Id. His defense was his inability to pay for such things. Think about it, who’s going to hire a sex offender? Thus, assuming the sex offender is not independently wealthy, money is going to be tight. In many cases, a sex offense conviction is a precursor to being homeless and penniless (but that’s a whole other story…).

In Washington’s case, he could not afford to pay his utility bill, thus the GPS monitoring could not be plugged in, thus a violation. Furthermore, he could not pay for his sex offender counseling. He testified that he tried to obtain a job, but due to his convictions, no one would hire him (surprise surprise). Even though the trial court found that Washington had willfully violated his probation, the appellate court overturned the vop conviction, and reversed the decision, ordering the lower court to reinstate his probation. Why?

It’s simple. A violation of probation must be willful. Being too poor to comply with the terms of probation is a defense to a violation. This is America, not being able to afford something should not result in a prison sentence. So, once the court heard testimony that Washington tried to find a job to pay for these things, the court should have found there to be no violation, as he made a good faith effort to comply with the conditions of probation. It’s sad that Washington had to be arrested and violated, but it’s somewhat comforting that the appeals court caught this “abuse of discretion” of the lower court–not all defendants are so lucky.