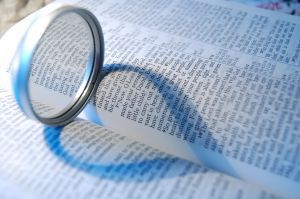 Here in Orlando, violation of probation (VOP) cases can have serious consequences. Duh. To make matters worse, some judges lack the intellect required to discern the nuances of Florida law, and instead they simply believe everything a probation officer says. By doing so, these judges become a rubber stamp for probation officers and prosecutors (why even bother becoming a judge?).

CONFESSION: I’m not a big fan of Federal law, but the Feds have it right when it comes to probation violations, because Federal law limits the punishment which may be inflicted on a vop case. The same constraints are not found under Florida law. Under Federal law, many violations carry just a few months in jail as punishment. But on a state case, that same violation can send a citizen straight to prison.

In Brown v. State, 86 So.3d 1225 (Fla.App. 2nd DCA 2012), Brown was found guilty of violating his probation due to a curfew violation. Now, curfew violations are a tricky subject. Florida law provides very little guidance when it comes to how “late” a probationer can be. Can you be one hour late? Two hours late? 20 minutes late? Well, that depends. Even though Florida law does not quantify how late is ‘too late’, our laws do provide that a judge may only sign off on a violation of probation warrant if the violation is “substantial”. So, how much lateness is considered “substantial?” At this point, theoretically, a VOP judge should be able to use his or her God given intellect to decide whether or not a no bond warrant should be issued. Here’s what happened to Mr. Brown.

Roscoe Brown was on probation for a lewd and lascivious molestation, and was serving a five year probationary term (after completing five years prison). As part of the probation, Brown had a curfew. Typically, curfews are not imposed as standard conditions of probation, but they are in sex cases like this one. So, probation showed up at Brown’s home, to make sure he was there–and he was not home. But, as probation was leaving, Brown’s vehicle came around the corner and arrived home. Unfortunately, he arrived twenty-five to thirty minutes after curfew because he was trying to find a job (almost impossible for a citizen on probation for lewd and lascivious, but I applaud the effort here!). Now, when you think of someone compassionate and understanding–imagine Brown’s probation officer being just the opposite. The instant Brown arrived late, he was informed that an arrest warrant would soon follow due to his curfew violation.

Remember Florida law regarding violations of probation? A vop must be “substantial”. Remember that we citizens entrust our judges to make rational, intellectual interpretations of Florida law? Is 30 minutes of lateness substantial? Brown’s judge thought so, and when he found him guilty of this violation the sentence was thirteen years prison. 13 years. One…three. Did I mention that this was for being 30 minutes past curfew? I did? Just making sure. Oh, did I mention it costs taxpayers $20,000+ per year on this “substantial” violation? Did I mention that vop judges are spending our hard earned tax dollars that could have gone to hire more teachers or fix Florida’s infrastructure? But hey, since when do judges even think about We The People’s Money?

Fortunately, courtrooms are constantly recording the judge’s words. Brown’s sentencing judge stated, on the record, that “[t]his Court considers all terms of probation serious and … curfew conditions extremely serious.” News flash. …that’s NOT Florida law. Florida law DOES NOT consider every violation of probation serious. FYI.
So, what right does an appeals court have to overturn this judge’s decision to hand down a 13 year prison sentence for a 30 minute curfew violation? The standard of review is “abuse of discretion”. That’s right, the appeals court needs to find “abuse” to overturn. Was their abuse here? Yes. Here’s why. Under Florida law, no judge is permitted to have their own “rules”. No judge is permitted to say “I find this type of violation ‘serious’, and this type of violation ‘less serious’.” Brown’s judge crossed that line in the sand by telling the world “curfew conditions [are] extremely serious”.

The appeals court overturned Brown’s vop sentence because “the trial court appears to have applied a prohibited per se rule in revoking Brown’s probation. In broadly declaring all terms of probation “serious,” the trial court seems to have believed revocation was automatically appropriate because a curfew violation had been proven”. The appeals court further lambasted the trial court’s ruling as being inadequate because the “trial judge made no findings on willfulness or substantiality other than his blanket assertion that all curfew violations are “extremely serious” This was an abuse of discretion”. [emphasis added]. Id.

Did I mention that “This was an abuse of discretion“? Unfortunately for taxpaying Florida citizens and freedom loving Americans everywhere–this type of abuse is more common than you think.