Walking Down the Street Can Get You Arrested 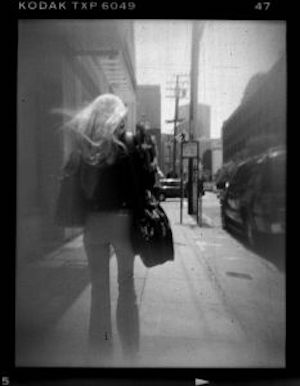 It seems as though the list of innocent activities that police officers deem “evidence of criminal conduct” just gets longer and longer every day. As we’ve said before, beware of any officer that begins a sentence with “based upon my training and experience”…. Such was the case in M.R. v. State, 34 So.3d 143 (Fla. 3rd DCA 2010), where a female juvenile was found guilty of resisting an officer after being stopped while walking down the street at 9:30pm in a high prostitution area. M.R. was known by these police officers to have a record of prostitution. So, when police saw M.R. walking down this prostitution street, they stopped her to investigate, placing her in the back of their police car.

M.R. decided not to stick around, and attempted to flee the back of the police car. She failed, she was arrested, and eventually convicted of resisting an officer without violence. The problem with this charge is simple. In order to be convicted of Resisting an Officer Without Violence, the police must prove that the officer resisted was performing a legal duty. What legal duty was this officer performing by stopping a woman formerly involved in prostitution walking down a street known for prostitution? Sure, this is a suspicious activity, but bare suspicion is not enough, is it? Can’t a former prostitute walk down the street without getting arrested?

The court overturned the juvenile female’s conviction, holding that “the conduct of the appellant juvenile, a sixteen-year-old female, which consisted only of walking down the street in a “high prostitution area” at 9:30 in the evening, did not give rise to the founded or articulable suspicion of unlawful activity necessary to justify the Terry stop effected by the police when, after engaging in a consensual and uneventful conversation, they placed her in their patrol car pending a “record search.” Because they were thus not then acting in the lawful execution of their duties as Section 843.02, Florida Statutes (2008) requires, she was not guilty, as a matter of law, of resisting an officer”. [internal citations omitted] Id. at 144-145. So, we can all breath a bit easier, knowing that merely walking down a street known for prostitution is not a legal reason to be stopped. However, should such an unfortunate incident happen to you or someone you love, at least you know a good criminal defense attorney in Orlando that can help out….