We Should Tell Juries the Truth 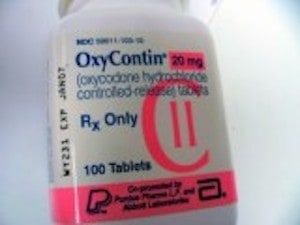 Our government is supposed to be transparent. We have the federal Freedom of Information Act, and in Florida, we have Sunshine Laws. These laws provide citizens the ability to force our government to hand over information that they may not, otherwise, publish. If it wasn’t for FOIA requests, our world would have far fewer UFO and conspiracy books. Jesse Ventura wrote an entire book analyzing FOIA documents, and given our government’s shady ways, we should expect even more tantalizing documents in the years to come.

Unfortunately, freedom of information is nonexistent in the criminal courtroom. Florida juries are not permitted to know the most basic truth of a case—the potential sentence. Kind of crazy, right? Citizens are not allowed to know the sentence that will result from their verdict out of fear that such information would sway the jury’s conscience toward not guilty (God forbid a jury with a conscience!). Such fears say a lot about how harsh our criminal justice system has become.

Knowledge is power. A fully informed citizenry, typically, provides insurance against the tyranny of outrageous government legislation. Juries should know that a $300 purchase of oxycodone pills can lead to a 25 year minimum mandatory sentence. Yes, as little as $300. No, juries don’t know this, even when they’re the ones about to impose the 25 year sentence. Sadly, a minimum mandatory prison sentence for a $300 drug deal is common place in Florida. Most citizens mistakenly believe that 25 years of mandatory prison are reserved for the likes of a Pablo Escobar (any Narcos fans out there? Great Netflix series, I recommend it). Even child molesters fair better, on average, than folks who possess minimum mandatory drug amounts. Child rapists average around 17 years in prison. Naturally, prosecutors want to keep jurors in the dark about mandatory sentences on drug offenses, as it is far easier to obtain guilty verdicts when the jury doesn’t realize just how devastating these minimum prison terms turn out to be for defendants and their family.

We’re often told that ignorance of the law is no excuse. Try telling the judge that you just didn’t know what the speed limit was, and see if that provides you any sort of defense. Sympathy, maybe. A defense, no. We citizens are all charged with knowledge of the criminal laws and their penalties—we’re just not allowed to mention such things in a courtroom!

We shouldn’t be afraid of telling the public what is going on in a criminal courtroom—especially on cases involving minimum mandatory sentences. The more serious the consequences of a jury’s decision becomes, the more important it is to let them know what lies on the other side of their decision. Currently, the only charge in which a jury is permitted to know the potential sentence is a capital offense. I propose we also tell juries what the minimum mandatory sentence will be.

Technically, Florida now has a law on the books that requires a judge to inform the jury of the penalty involved. Florida Statute 918.10(1) provides that “At the conclusion of argument of counsel, the court shall charge the jury. The charge shall be only on the law of the case and must include the penalty for the offense for which the accused is being charged”. Unfortunately, Section 918.10 has fallen out of favor, and now conflicts with the Florida Rules of Criminal Procedure, Rule 3.390(a). Rule 3.390 states that “Except in capital cases, the judge shall not instruct the jury on the sentence that may be imposed for the offense for which the accused is on trial”.

So, which law controls? Some courts have held that Rule 3.390 should be followed, rather than Section 918.10(1). So far, we’ve seen a Rule that withholds the truth from a jury, but I’m about to show you a law that actually lies to the jury, in cases involving minimum mandatory sentences.

Take our $300 drug deal that results in a 25 year minimum mandatory trafficking conviction–may the judge determine a proper sentence? No. The Standard Jury Instruction found in 3.10(5) is clearly misleading the jurors because the sentence will be, at least, 25 years in the Department of Corrections (DOC=prison, for all of you newcomers out there). Here’s how it sounds to a jury: the judge tells the jury that it is her “job to determine a proper sentence”, but after a guilty verdict, the judge will then tell the defendant “I have no choice but to sentence you to 25 years in prison.” What part of a minimum mandatory sentence permits a judge to “determine” anything? More importantly, why lie to the jury, misleading them to think that there will be some sort of fair “determination” of a “proper” sentence when it’s all over? For those jurors involved in a minimum mandatory that is for, say, under $1,000 in drugs–do you think any of them realize the severity of the situation?

Florida Rule of Criminal Procedure 3.390 did not always hide the truth from jurors. Back in 1983, the Rule read “(a) The presiding judge shall charge the jury only upon the law of the case at the conclusion of argument of counsel and upon request of either the State or the defendant the judge shall include in said charge the maximum and minimum sentences which may be imposed (including probation) for the offense for which the accused is then on trial”.”

It makes me feel dirty that, somehow, we have to hide sentencing information throughout the trial process. It’s time for full disclosure. Let’s tell these jurors what’s really happening in our criminal justice system. If the justice system doesn’t trust jurors to understand the penalties involved, then they have no business permitting them to serve as a juror in the first place.

And, if the court’s are concerned about jury nullification, why not ask them these questions during voir dire? Our appellate courts seems to believe the answers provided during voir dire (no one else does, I’m just saying). Typically, potential juror insists they won’t believe the cop’s testimony any more than my drug dealer client. All witness testimony is granted the same weight. So, if appellate courts accept these answers, why not ask jurors if their verdict will be swayed by knowing about a 25 year minimum mandatory sentence? If they answer “I won’t be swayed”, that’s good enough, right?