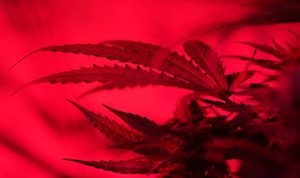 We have science to thank for much of our progress in the last thousand years. Any guess as to what is the most important technology ever invented? The wheel? The printing press?

Hands down, whoever invented fire technology may have advanced human civilization more than any other tech, and we’ll probably never know which caveman or cavewoman came up with that brilliant idea. You need not watch Naked and Afraid to know that fire is everything.

But, technology has created its share of problems. Are we watching too much TV? Are kids interacting too much with tech, rather than actual human beings? Do people have fewer human friends now, versus decades ago, all due to technological “advances”?

What we do know is that technology is now creating a problem for prosecutors. Here’s the evolution of this problem.

The first problem is, July 1st, 2019 marked the day that hemp became legal in Florida.

Yes, we may be seeing far fewer possession of cannabis arrests.

Let’s get back to science for a moment, so we can understand the problem with all of this. Scientists can send people to the moon, but they have a tough time telling the difference between hemp and marijuana. Notice I said “scientists.” Not police. Not prosecutors. Not judges.

Prosecutors rely on the laboratories at the Florida Department of Law Enforcement (FDLE) to convict folks of drug crimes by having a “scientist” testify from FDLE (yes, I’m using air quotes). The measurement devices currently used by FDLE to test for the presence of THC are gas chromatographs (GC) and mass spectrometers (MS). The problem is, these laboratories do not have the instruments necessary to tell the difference between a legal substance–hemp, and an illegal substance–marijuana.

There aren’t many ways to tell the difference–scientifically–between hemp and marijuana. For all practical purposes, they are the same plant. A hemp plant is part of the cannabis family. So, if prosecutors want to convict someone for possession of cannabis, they’ve got to prove that its not hemp. The easiest way to do this is to measure the THC levels found in the substance.

Ok, back to FDLE. They own GCs and MSs. Neither one of these devices can distinguish between hemp and cannabis because these instruments only measure the presence of THC, not the level of THC. There are a number of ways to measure THC concentration, the most popular test is known as High Performance Liquid Chromatography (HPLC). Its a topic for another day (basically, once FDLE gets around to buying these machines).

Anyway, for the time being, our State Attorney here in Orange and Osceola County has decided that they cannot prosecute misdemeanor cannabis crimes committed after July 1, 2019, because their office relies on FDLE’s lab testing and as we’ve just mentioned–their testing cannot distinguish between marijuana and hemp.

So, if you were arrested after July 1, 2019, for misdemeanor possession of cannabis, the Orange County and Osceola County State Attorney will be dropping your charge. Seminole County and Brevard County are in a similar position.

But, this is not necessarily the case for felonies. After all, there are laboratories out there that can test for the levels of THC found in a substance, and these prosecutors could decide to spend the money to have a proper test done. And, some felony cases may not need laboratory testing because the circumstances of the case may indicate that the substance is illegal. For example, did someone confess? Or, is the substance packaged in a way that would indicate it is marijuana, or is it packaged from a reputable hemp distributor?

Eventually, I’m sure that FDLE will end up purchasing HPLC equipment to fix this situation, but in the meantime, all bets are off.

Now, don’t expect this to last too long. There are plenty of laboratory devices out there that can detect THC levels, and I’m pretty sure corporate sales departments from every manufacture have flown in to sell FDLE on their latest greatest testing device. Who knows, by the time you read this, the machines may have been bought and paid for, and things will be back to normal. FDLE claims they have no plans to purchase new equipment, but I find that hard to believe. On the other hand, they are a government agency, and who wants to rush into buying equipment that will only create more work for you? Hum. I can see both sides of this, just don’t hold your breath.