Criminal Defense
Since 1993
Contact Us Now For a Free Consultation
Home
Articles
What Happens If I Lose at Trial?

What Happens If I Lose at Trial? 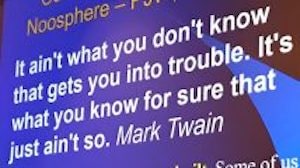 How hard is it to predict the path of a hurricane?

We have computer models. We have Satellite 4000 Radar Plus scanning the skies. We have people with Ph.D.’s and wind sensors and thermometers and atmospheric pressure sensors and still, no one can tell you where this storm is going to land.

A hurricane was heading our way a couple of weeks ago, Dorian. Every news channel had 9 different “models” showing the storm heading in nine different directions.

Or, as Yogi Berra would say, “It’s tough to make predictions, especially about the future.”

If you ask me what’s going to happen if you lose at trial, here’s my first question.

Who is your judge?

In the Orange County Courthouse, your sentence after trial will vary greatly depending upon the judge. Many years back, a client of mine was found guilty of drug dealing after a jury trial. I encouraged him to go to trial, because we had a substitute judge who I knew was a light sentencer on drug issues. Unfortunately, my client scored mandatory prison, and that was the state’s offer. Fortunately, my prediction was right–this judge gave him a withhold of adjudication and some probation. Yes, the withhold was illegal. No, we didn’t have solid grounds to skirt the minimum prison sentence–but we knew this judge.

Even if you “know” the judge, it still doesn’t hurt to do a little bit of homework. Every sentence a judge hands down is public record. So, my analysis of a judge starts with a Chapter 119 request of the State Attorney’s office, to provide filing and sentencing information on every case like mine within the last, say, 5 years. Most state attorney office’s have this sort of information computerized, so you’ll get a list of every heroin trafficking case (for example) they’ve prosecuted in front of that judge within a couple of weeks.

Another way to “know” the judge is to dig deeper into the data. I trust an excellent company called Technologies for Justice. They’ve done all the heavy lifting for you. They have a data base of every courtroom in Florida, and they will give you a spreadsheet with every sentence handed down for grand theft (for example) in that courtroom, and/or every courtroom in your county (if that’s what you want).

Knowing a judge’s sentencing history can be a misleading statistic, much like trying to predict the path of a hurricane based on the paths of previous hurricanes. But, I’ve found this data very helpful in certain situations. For example, when a prosecutor has an unreasonably high plea offer, this data helps negotiations by showing years and years of lighter sentences for the same crime. Why should my client be treated any differently? Most prosecutors have never even seen data like this. Now, I realize that this violates the “stories over spreadsheets” principle, but a little data every now and then never hurts.

Sometimes, knowing the judge will give you a good read on a sentence, even without hard data.

For example, back when I was a public defender in 1993, companies like Technologies for Justice didn’t exist. There was no database of sentences. But as a public defender, we were in the same judge’s courtroom every day, all day. So, we had a pretty good grasp of what would happen after trial. When I was transfered to a felony division, the first felony trial I watched involved a guy who was offered a plea of one month probation on a misdemeanor. He faced a maximum of 45 years prison.

He was found guilty. He received 45 years in prison.

The sad truth is, our prisons contain innocent people. To this guy’s credit, he was told that, should he lose at trial, he would get the maximum sentence, because we were dealing with the Honorable Richard Conrad (RIP). An excellent judge. I miss him. But, you don’t want to lose a trial in front of him. You are getting the max.

This guy knew that if the jury came back guilty, he would get 45 years–yet he rolled the dice. Even we all know how difficult it is to make predictions, especially about the future–we all knew what Judge Conrad was going to do on a guilty verdict. You’re getting the max.

But, there is a loophole.

There’s a way out of big big sentence, when the plea offer was small.

We can wiggle a client out of an especially lengthy sentence if it can be shown that the sentence was “vindictive”.

The issue of “vindictive sentencing” was addressed in the recent case of Carballo v. State of Florida, 44 Fla. L. Weekly D 2192 (Fla. 3d DCA 2019). Carballo was charged with several counts of criminal mischief because he threw nails around his neighborhood. As intended, these nails popped lots of tires. The nighbors were able to videotape these shenanigans.

On appeal, Carballo claimed that these maximum jail sentences were vindictive. In order to make a finding of vindictiveness, Florida’s Supreme Court in Wilson v. State has laid out four factors:

(1) Did the trial judge initiate plea discussions? Judges are not supposed to do this, but judges may be invited to participate in the process

(2) Did the judge make comments that call into question the judge’s role as a nuetral arbiter, and this can happen by urging a defendant to take a plea, etc.

(3) Is there a huge difference between the plea offer and sentence after trial?

As such, Carballo’s maximum jail sentence on every count was upheld by the appellate court.

And here’s my imaginary conversation with someone in Carballo’s situation:

CLIENT: Gee, they’re offering to drop all these charges if I just pay to fix their tires. It seems like they have a weak case, don’t they, if they’re willing to drop everything through pretrial intervention?

ME: No. Do not mistake their kindness for weakness. If you lose this, you may go to jail for a very long time, even though prior to trial they are willing to drop everything. Once you go to trial, we just don’t know what is going to happen. Are you willing to put your future inthe hands of six strangers, and a tough judge?

CLIENT: Well, they’re going to drop everything if I just take pretrial intervention. So, they don’t have a very good case and I don’t see this as any big deal–there are murders on the news that walk. Look at Casey Anthony. Look at OJ. Look at….

Well, you get the idea.