Criminal Defense
Since 1993
Contact Us Now For a Free Consultation
Home
Articles
What Happens When You're Late for Court?

What Happens When You're Late for Court? 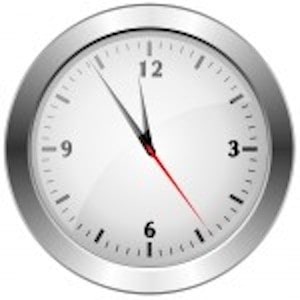 It’s not easy for clients to get to court on time. In Orange County, for example, there’s a line out the door of the courthouse most mornings. And, after waiting in that line for 30 minutes, it’s another long wait for an elevator. Thankfully, in Orange County most of the judges are well aware of this situation and are not too hard on a client that is late for court. But in Seminole County, on the other hand, that courthouse has five elevators to handle traffic to five floors of courtrooms–and thus there’s no problems getting an elevator and arriving to court on time. In Orange County, there are only six elevators servicing twenty-three (23!?!) floors. You do the math.

Several bad things can happen if a defendant is late for court. First of all, a warrant may be issued for the accused’s arrest (called a “capias”). Now, there’s a double standard here, for sure, because if an officer fails to appear for a hearing (or is late)–nothing is done, and often times the case is continued. But if a defendant behaves in the same way, it’s time to go to jail. Is this fair? Sometimes yes, sometimes no. Let’s take a look at one court’s example of how not to handle a defendant who is late for court.

In the case of Massie v. Bradshaw, Sheriff of Palm Beach County, the defendant was arrested with no bond because he arrived to court 22 minutes after the case was called. 76 So. 3d 1102 (Fla. 4th DCA 2011) At the 22 minute mark, Massie’s bond was revoked and he was taken into custody. Now, normally, this is a very effective scare tactic by a judge just trying to make a point, and after some begging by the criminal defense attorney, the defendant is freed. Not so for Massie. Massie was granted a bond hearing three days later, only to be told by the judge that he would not be released from jail because there was no way the judge could be assured that he would stay out of trouble or appear later. Because Massie had never failed to appear or been tardy previously in the case, the appeals court overturned this judge’s ruling and released Massie immediately.

Same sort of situation in Espinal v. Ryan, Miami-Dade Department of Corrections. 31 So. 3d 818 (Fla. 3rd DCA 2010) Espinal was 15 minutes late for a docket sounding, so the court revoked his bond and threw him in jail, to sit there until the case was resolved. Kinda harsh, don’t cha think? Well, the appeals court thought so, and ordered his immediate release. Of significance was the fact that Espinal had never been late for a previous court date (though he was late in another case, once), and the lateness was both “unintentional and de minimus in length”.

Think about this: how many appeals cases must these judges ignore in order to place somebody in jail for being late to court? Well, here’s another.

In Eulo v. State, 786 So. 2d 43 (Fla. 4th DCA 2001), the court held that the defendant’s fifteen minute delay to court was de minimus, and did not warrant a sentence above that which was bargained for, merely because he showed up late for the sentencing.

I could go on, but you get the point.