Criminal Defense
Since 1993
Contact Us Now For a Free Consultation
Home
Articles
What Is a Cop Qualified to Tell a Jury?

What Is a Cop Qualified to Tell a Jury? 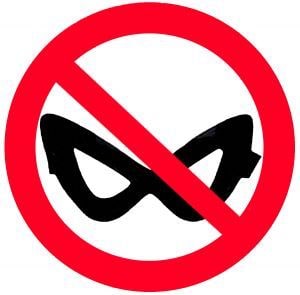 In criminal trials, witnesses are limited in their ability to give an opinion to the jury. Today, we’re going to take a look at Alvarez v. State, 2014 Fla. App. LEXIS 583 (Fla. 4th DCA 2014). Alvarez and a co-defendant were convicted of robbery and first degree murder with a firearm (while masked) after two Circle K employees were killed during a robbery. The store’s video surveillance showed two robbers enter with masks and gloves, one had a handgun, one had a rifle. One state witness claimed that she picked up Alvarez from nearby the Circle K after the robbery, and he was frantic, carrying a gun–but she didn’t know about the robbery.

The prosecutor put the detective on the stand, and asked him if he viewed the surveillance footage of the masked murderers. Yes, he had, “probably fifty to seventy-five” times. . . to try to gather more information, more evidence. Get a better understanding. Try to identify certain things, the firearms or the people involved”. id. Naturally, the defense attorneys objected to this testimony, as the video was already placed into evidence, the jury has already seen the video, and it was improper to let the officer give an identification opinion from the video because the officer “hasn’t been qualified as an expert on identification or anything. And we don’t want him to give any opinions about what any of the evidence means. That’s up to the jury.”

The defense attorneys continued their objection, but the judge permitted the officer to tell the jury that, after viewing the video several times, he was able to make a determination as to the color of the skin of the suspects, and identity of the suspects. The prosecutor asked the detective if he could “ID anyone and was able to see their faces on video with clarity to make an identification . . . The detective said ‘yes’”. Id. Is this permissible? Mind you, the jury has seen the video, and they can watch as much as they like at the end of the trial.

Naturally, witnesses should be permitted to tell a jury what they saw. They can talk about distances, weights, sizes, things of that sort. But here, we’re dealing with a non-witness to the crime. We’re dealing with a mere mortal watching the same video that everybody else has watched. This detective is in the same position to view the video as the jury. And, the rule is, if the non-witness is simply in the same position as the jury is, that witness cannot testify to identification. The jury should be free to make those conclusions on their own.

The appellate court overturned Alvarez’ murder conviction, reasoning that “when a police officer gives impermissible identification testimony, ‘there is the danger that jurors will defer to what they perceive to be an officer’s special training and access to background information not presented during trial.” id.