Criminal Defense
Since 1993
Contact Us Now For a Free Consultation
Home
Articles
What Is Assault in Florida?

What Is Assault in Florida?

I’ve been asked more than a few times “What is an assault?” People get it confused with a battery but an assault is simply a threat to do physical harm to someone. It is a misdemeanor in its most basic form. Now, to understand an assault I’ve got to go through some boring technical stuff, the kind of thing they made us memorize in law school–but you’re going to see some loopholes once you see the definition.

An assault is an intentional, unlawful threat by word or act to do violence, coupled with the apparent ability to do so. And, you’ve done some act that creates a well-founded fear in the other person that violence is imminent. And, that phrase “violence is imminent” is super important. 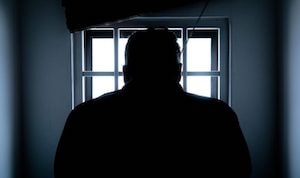 So, I’ve got a lot to unpack here, so let’s break it down for you.

To understand all these moving parts and how they work, we’re going to look at the conviction of a juvenile in H.W. v. State (79 So.3d 143, Fla 3d DCA 2012). Juveniles get a little mouthy and they have a lot of assault cases out there. H.W. was convicted of assaulting a school administrator. He called the middle school administrator a “B-word” and he shouted “f-you”. H.W. is just a middle schooler. I’m not sure anyone in middle school gets paid enough to put up with that. So H.W. comes back to the middle school later that day and tells her “something bad’s going to happen to you” and “you’re going to die today.” He even claimed that he was going to make sure that she got “put to sleep.”

So, again, this is middle school.

He was convicted, but the conviction got overturned because of the third element of assault. The appellate court said look, H.W. never said the violence was imminent. The threats were vaguely going to happen some time that day. So, its hard to believe that what H.W. told this administrator wasn’t some sort of crime. And maybe it was–but it wasn’t an assault.

We should unpack that third requirement that you’ve got to create a well-founded fear that violence is imminent. We’re going to look at a case called Davis v. State, 223 So3d 403 (Fla. 4th DCA 2017). Davis was convicted of aggravated assault with a firearm because he threatened a 1 ½ year old child with a gun. After the incident the child was screaming, crying. But, was this a legitimate conviction for aggravated assault?

The appellate court didn’t think so, they threw out Davis’ conviction because they said the state never proved that the child was crying because of the gun threat versus crying because kids cry. Again, Davis was maybe guilty of child abuse, maybe DCF should take away the kid. I get all that. But was this an aggravated assault? No, it wasn’t, and it was thrown out.

As you can see, people do claim its “just simple assault” but there’s nothing really simple about assaults these days. Get yourself a good attorney, make sure that you’re defended well. Take care.