Criminal Defense
Since 1993
Contact Us Now For a Free Consultation
Home
Articles
What Is Drug Paraphernalia?

What Is Drug Paraphernalia? 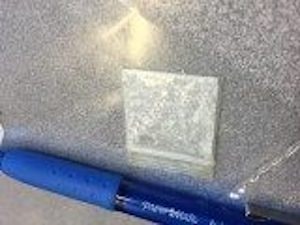 Anyone out there have a friend that transforms everything you say into naughty innuendo? I enjoy such banter when that friend is female (I’m just saying), but not so much when folks attempt to stretch the joke into a half hour sitcom (Broad City pulls it off, but 2 Broke Girls doesn’t). A few professions take twisting to the extreme. Cops are experts at taking innocent words or conduct and converting it into something criminal–and this is one of the main reasons I recommend folks never talk to the police without an attorney present. But, even if you don’t say anything, the police can still take your innocent household items and transform them into criminal objects (check out my article “How SpaghettiO’s Can Get You Arrested“).

To understand the concept behind this transformation, let’s take a look at my mom’s kitchen table. Before telling you what’s on the table, let me tell you a few things about my momma. Of course, she’s the best. Second, she’s an artist. Because she’s crafty, she has little ziplock baggies everywhere for beads and jewelry. To most officers, these tiny ziplocks have only one legitimate purpose–cocaine storage. My Mom also takes several medications (she’s in her 70’s, and as you know, the pharmaceutical industry encourages one prescription per decade on earth, so she’s met her quota and then some). The problem is, she doesn’t keep her pills in their prescription bottle. She has a little MTWTFSS plastic pill organizer, and God forbid a prescription med isn’t kept in it’s bottle. Nothing gets a rookie cop more revved up than a controlled substance separated from its prescription bottle. Pills outside of their prescription bottle home must be illegal, after all, who would dare remove their pills from the bottle?

Back to the kitchen table. My Mom’s kitchen table has a digital scale on it. No, she’s not a drug dealer. But, if this table full of tiny ziplocks, prescription drugs, and a digital scale was somehow in the hood with a few teenage black kids sitting around it–we’d have plenty of kids going to jail. The point is, a digital scale or tiny ziplock baggies are perfectly legal until drugs enter into the picture. Once drugs are nearby, such items could become what is known as “drug paraphernalia”, because those items are deemed help a citizen “inject, ingest, inhale, or otherwise introduce into the human body a controlled substance”. Florida Statute, Section 893.147(1)(b). The recent case of Chandler v. State takes a closer look at what constitutes drug paraphernalia. 41 F.L.W. 861 (Fla. 5th DCA 2/26/2016).

Chandler’s drug arrest began like so many others, as a passenger in a car driving erratically. Now, why folks drive erratically when they have drugs in the car is beyond me. Maybe it’s because of the drugs? Maybe stupidity? Definitely stupidity. Anyway, an officer located a bag of methamphetamine’s on the floorboard near Chandler’s feet. They also found a rolled up dollar bill in Chandler’s wallet, and the officer considered this rolled up dollar bill to be a criminal item of drug paraphernalia. The jury found Chandler not guilty of possessing the bag of meth at his feet, but found him guilty of possessing drug paraphernalia. He appealed, arguing that rolling up a dollar bill isn’t a crime.

A rolled up dollar bill may be drug paraphernalia, but the state has plenty of heavy lifting to get there. At Chandler’s trial, the officer testified that this dollar bill was rolled up in order to inhale illegal narcotics. But, with no testing for drug residue on the bill, the appellate court overturned the conviction, ruling that the state “offered no further evidence to prove Appellant intended to use the dollar bill for an illicit purpose”. Id.

If you’re attempting to prove a dollar bill is a criminal item merely because it was rolled up, there had better be a trace amount of drugs on that bill. And, even if the state presents such evidence, I still think there’s plenty of contrary statistical information pointing to the fact that most dollar bills contain trace amounts of drugs. So, if 75% of all paper currency contains trace amounts of narcotics, what does that prove? Nothing. Not guilty.