Criminal Defense
Since 1993
Contact Us Now For a Free Consultation
Home
Articles
What Should Happen at a Bond Reduction Hearing?

What Should Happen at a Bond Reduction Hearing? 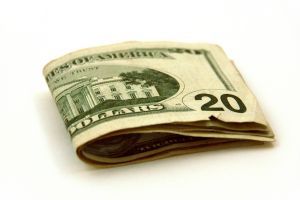 Lots of inmates are looking for a bond reduction. For reasons unbeknownst to me, some judges just hand out ridiculously high bonds. So, bond reductions are a popular, and necessary. Also, bond amounts are not the only crazy aspect of bail, I’ve seen drug cases that require a defendant to be drug tested three (3!!) times a week. Yikes. But bond “conditions” are a topic for another day. Today, we’re going to take a look at how a defendant’s current financial situation plays into the bond setting decision. When an attorney knows that an inmate cannot afford the current bond, a Motion to Reduce Bond is filed in the hopes that the court will reduce the bond to something more affordable. So, let’s examine how one particular judge’s bond reduction was found to be improper because a defendant’s finances were not factored into the equation.

Today’s case is Sylvester v. State, 39 Fla. L. Weekly D 1194 (Fla. 5th DCA 2014). Sylvester was arrested for first degree grand theft, scheming to defraud, and exploiting a disabled adult (it takes a theft of over $100,000 to transform grand theft into a first degree felony, fyi). Lots of fraud here, allegedly, and that translates into a high bond. Sylvester’s bond was $250,000 per count, for a total of $750,000. Sylvester’s Motion to Reduce bond was granted, but the judge only reduced the bond to $200,000 per count, for a grand total of $600,000. Sylvester wanted his bond reduced even further, so his defense attorney appealed the bond decision to a higher court (technically called a Petition for Writ of Habeas Corpus).

I’m going to spoil the ending here–the appeals court granted Sylvester’s request, and ordered the judge to reconsider his bond reduction. To understand why, let’s review the guidelines for bail, found in Florida Statute Section 903.046. The actual dollar amount of bond is not the only consideration, other conditions may be imposed, and all of this depends upon (1) the type of offense, (2) the strength of the evidence against the inmate, (3) the defendant’s family ties to the community, (4) how long he’s lived in the community, (5) work history, (6) personal finances, and (7) prior criminal history. Even more factors are listed in the statute, but we’ve got enough to work with here. In Sylvester’s case, the court actually considered the basics, like the type of the offense, the evidence against Sylvester, his family ties, length of stay, work, and priors. However, the court did not consider Sylvester’s financial situation.

But, the problem was that, “although the trial court heard evidence at the bond hearing regarding Sylvester’s financial resources, it is not clear whether he took that evidence into consideration when setting bail. Accordingly, we grant the petition and remand for the trial court to reconsider the motion to reduce bond, taking into consideration Sylvester’s financial circumstances…and to include appropriate findings in the order”. Id. at 2. Now, this is a somewhat interesting decision, in that the court’s footnote states “We do not hold that the bond amount is necessarily excessive”. “Excessive” bail is a whole other story. In Sylvester, it was merely the fact that the court seemed to ignore his finances. This always troubles an appeals court. And, we’ve seen plenty of decisions along these lines in the past–so you would think that judges would take the hint and put such factors on the record when making their bond reduction orders.

For example, in Cepro v. Mascara, the appeals court overturned the defendant’s bond because the evidence introduced at the bond hearing showed that the defendant did not have the ability to post such a high bond. 981 So. 2d 671 (Fla. 4th DCA 2008). Again, the court in Cepro failed to assess a defendant’s ability to pay, and the bond was overturned. But, the court is under no obligation to make a bond affordable. In Mehaffie v. Rutherford, Mehaffie was charged with traveling to meet a child after using a computer to solicit the child. 143 So. 3d 432 (Fla. 1st DCA 2014). Mehaffie had a total bond of over $750,000, and his father testified at his bond reduction hearing that the family could only afford a $5,000 bond. The appeals court reiterated the general rule that, just because a defendant cannot afford a bond doesn’t make the bond excessive or unreasonable. The court found the $750,000 bond reasonable because Mehaffie was too much of a flight risk, and a danger to the community.

Knowing the county’s standard bond schedule will help a challenge to seemingly high bond. If you see a bond that exceeds the bond schedule, that judge had better be able to articulate a good reason for exceeding the standard bond. In Cameron v. McCampbell, the trial court imposed a bond of $1,000,000 in a case that typically carries a bond of $190,000. 704 So. 2d 721 (Fla. 4th DCA 1998). Cameron’s defense attorney provided evidence that he could not afford a $1,000,000 bond. Neither the prosecutor, nor the judge, gave a sufficient reason for exceeding the standard bond, and the appeals court ordered a lower bond for Cameron.