Criminal Defense
Since 1993
Contact Us Now For a Free Consultation
Home
Articles
What Technologies Can Police Use to Look Inside Your Home?

What Technologies Can Police Use to Look Inside Your Home? 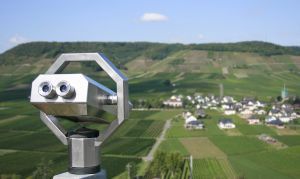 Can a government drone use it’s “x-ray” vision to take a peek inside of your home, and then use that information to obtain a search warrant of your home? Can a spy satellite zoom in on your backyard, and use that information to have swarms of police invade your home at 4 a.m.? Or, can the police bring a drug sniffing dog up to your front door and use the dog’s “alert” for the presence of weed as a basis to have a judge issue a search warrant? This random porch sniff was really happening in the State of Florida. Believe it or not, drug sniffing dogs were brought up to numerous porches, and the dog alerts were used against the homeowner. Is that legal? Well, this scenario played out in real life, through many court rooms in Florida, all the way up to the United States Supreme Court.

The case is Jardines v. State, 73 So. 3d 34 (Fla. 2011). Miami police received an unverified tip that Jardines was running a marijuana grow house in his home (is there any other type of grow house, other than marijuana?). Based upon this tip, the police staked out the joint for a while, watching who was coming to and from the home. Typically, the government doesn’t bust a grow house instantly, they want to see who the players are–what they look like, what kind of cars they drive. They’ll even follow these folks to other locations to possibly find more grow houses.

At some point, an officer decided to call in a drug detection K-9 to sniff Jardines front door. Sure enough, this dog alerted to the base of the front door. Now, I have a sneaky suspicion this dog alerts at every location these officers are staking out for grow house purposes, but how we’ll ever know whether or not this dog alert is legit is a discussion for another day (they did find plants inside, so…). For purposes of this analysis, we’ll just agree that the drug dog did, in fact, alert to the base of the front door. And, this alert from the dog was used to obtain a search warrant for the home. And, no surprise here, a search of the home located marijuana plants. Jardines was charged with possession of marijuana, cultivation of marijuana, and the laundry list of other crimes that come with running a grow house.

Fortunately for Jardines, he had a good criminal defense attorney (don’t know the guy/girl, just saying) who challenged the dog sniff and won. The defense attorney was able to suppress the evidence in the case, and the state attorney appealed that decision. When the case went up to the Third District Court of Appeals, that court held that the evidence should not have been suppressed, and Jardines’ case was back in court. What a rollercoaster, right? Well, it gets better. Jardines’ attorney then appealed the reversal to the Florida Supreme Court. The Florida Supreme Court agreed with the original court, and granted the suppression of evidence. You following me here? Needless to say, that really pissed off the prosecutor, and they wanted to waste more taxpayer money anyway, so they appealed this all the way up to the United States Supreme Court.

Judge Scalia wrote the opinion for the Court, and he agreed that the evidence should be suppressed. He said that, basically, this was an easy decision in favor of the defense. Florida v. Jardines, 133 S. Ct. 1409 (2013). The Supreme Court found that answering this question involved a simple analysis of how much “permission” a home owner gives to the public when they approach a front door. Sure, everyone has permission to sell Girl Scout cookies, or to grab some candy on Halloween. But, that’s the boundary. Standing on someone’s front porch for any other reason is beyond the scope of a citizen’s permission.

Justice Kagan gave the following analogy, “A stranger comes to the front door of your home carrying super-high powered binoculars. He doesn’t knock and say hello. Instead, he stands on the porch and used the binoculars to peer through your windows, into your home’s furthest corners….Has your “visitor” trespassed on your property, exceeding the license you have granted to members of the public to, say, drop off the mail or distribute campaign flyers? Yes, he has. And has he also invaded your “reasonable expectation of privacy,” by nosing into intimacies you sensibly thougth protected from disclosure? … Yes, of course, he has done that too …. Here, police officers came to Joelis Jardines’ door with a super-sensitive instrument, which they deployed to detect things inside that they could not perceive unassisted. The equipment they used was animal, not mineral”. Id at 1418 [internal citations omitted]

Judge Kagan went on to say that, “[l]ike the binoculars, a drug-detection dog is a specialized device for discovering objects not in plain view (or plain smell). And as in the hypothetical above, that device was aimed here at a home–the most private and inviolate (or so we expect) of all the places and things the Fourth Amendment protects. Was this activity a trespass? Yes, as the Court holds today. Was it also an invasion of privacy? Yes, that as well.” Id.

Remember our question for the day: what technology may the police use to look inside your home? Justice Kagan rightfully acknowledges that, not only was this dog sniff a violation of right to be free from unreasonable searches, but it also violated Jardines’ right to privacy, reasoning that, “[i]f we had decided this case on privacy grounds, we would have realized that Kyllo v. United States, 533 U.S. 27 (2001), already resolved it. The Kyllo Court held that police officers conducted a search when they used a thermal-imaging device to detect heat emanating from a private home, even though they committed no trespass.” Id at 1419. And this raises the question, how do we know if the police technology being used requires a warrant? Judge Kagan again quotes the Kyllo court’s holding that:

“Where, as here, the Government uses a device that is not in general public use, to explore details of the home that would previously have been unknowable without physical intrusion, the surveillance is a ‘search’ and is presumptively unreasonable without a warrant.” Kyllo at 40.

So, the more technology the government employs–maybe even training monkeys one day to talk and collect data swinging from your backyard trees–whatever the case may be, if the use of such violates the rule stated above, the government must obtain a warrant before using the technology. It’s just that simple. Now, let’s see if they actually follow the law…