Criminal Defense
Since 1993
Contact Us Now For a Free Consultation
Home
Articles
What to Look for When Appealing a Sentence?

What to Look for When Appealing a Sentence? 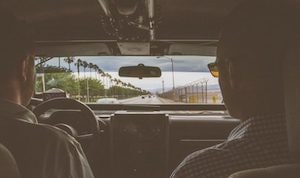 To that end, it is the appeal process that can transform an unfair outcome into something more reasonable. There are many ways to appeal, and there are many different things that can be appealed in a criminal case. Today, were going to take a look at how to approach a harsh sentence after a guilty verdict.

Every defense attorney who has conducted a jury trial understands the risks involved. Many defendants do not understand the risks, even though we do our best to explain such. Let’s face it, nothing can truly prepare a client for a sentence that, say, will last for the rest of their life. The problem is that plea offers can be very enticing, especially to the innocent. That being said, what innocent person wants to cop a plea? Or, what innocent person wants to spend the rest of their life in jail?

I was introduced to this concept very early in my defense career. Back in the mid 1990’s, my friend was defending a man that had, supposedly, pistol whipped his (now) ex-wife. He insisted that he didn’t do it. The most serious charge arising out of these accusations was aggravated battery with a firearm. It carries a maximum of 30 years in prison, and that’s with no bullets ever leaving the chamber. My friend got him an excellent plea offer–one month of probation, on a misdemeanor battery. Wow. Do you think this guy took the offer? (Of course not, that’s why I’m telling you this story)

An innocent man has two possible responses to an excellent plea offer. First, it could be “Well, I’d rather take a misdemeanor than spend the rest of my life in prison for something I didn’t do”. Again, would I be telling you this story if that was his response? His response was behind Door Number Two: “I’m innocent, I’m not taking a plea. We’re going to trial.” Those words ring in my ear to this day. The jury found him guilty as charged, and Judge Conrad (RIP) gave him 30+ years in prison. Even with gain time, this innocent man is still sitting in prison today. He could have expunged his one month of misdemeanor probation back in 1995 and gotten on with his life. Sometimes, a great plea offer merely camouflages the risks at hand. The flawed, illogical response to a great plea offer sounds something like this: “the State must not have that great of a case if they’re offering a misdemeanor, right?” Every defense attorney has heard some version of this “logic” after working several months to get the best possible resolution ever known to Man.

Needless to say, the primary risk in rejecting a plea offer and going to trial is the well established fact that the judge may impose a far harsher sentence after trial. Today, we’re going to look into an appeal after a very harsh sentence. In the recent case of Charles v. State, Charles attempted to enter a plea deal for 8 years in prison on charges involving gang related activities. 2016 Fla. App. LEXIS 8186 (Fla. 4th DCA 2016) The judge rejected the 8 year prison plea. Charles and his defense attorney went back to the drawing board, and came up with a deal that would be more pleasing to the judge. In other words, they agreed to more prison time. This time, the plea deal was for 15 years prison. And this time, the prosecutor had the detective testify as to how important Charles had been to their investigation. How often do you see a detective trying to convince a judge to accept a plea offer? Never. Unfortunately, the judge said “No thanks”.

Most criminal defense attorneys have been in this situation. The deal negotiated is simply too good for the judge to accept. I had a drug dealing case in which the judge rejected our plea negotiations, and, my client would not accept the harsher sentence suggested by the judge. I didn’t blame him. So, we skipped straight to a jury trial. The jury found my client Not Guilty and, as you can imagine, the judge was pretty pissed. Yes, most of my war stories cast me in a glowing light, but at least I’m not listing all of my results on websites or billboards (Ok, I can’t afford billboards, but even if I could, what criminal defense client wants to be plastered on a billboard next to the phrase “John Got Me Off”?). In the case of Charles v. State, after two rejected plea agreements, a jury found Charles guilty.

Yes, Charles’ judge finally got to do what she wanted without the pesky State and their detective getting in the way–the judge gave Mr. Charles the maximum sentence of 66 years in prison.

When you’re appealing such a large sentence–any sentence, really–the question becomes, was it a legal sentence? In Charles, a legal sentence was any sentence up to, and including, 66 years. So, even the very tip top of the sentencing range is legal. But, the analysis doesn’t stop there. Any good appellate attorney is going to drill deeper. The next question is, what factors did the judge consider in arriving at 66 years? A smart judge is like a great poker player, leaving you with nothing but the words “I sentence you to 66 years”. Such a brief statement will leave little room for we appellate attorneys to attack later. If you’re lucky, the judge will mention a few reasons for the sentence, and you can attack those reasons. Let’s take a look at what was said here.

Judge Miller told Mr. Charles that she was going to impose the maximum sentence (in part) to “send a clear message to everyone who decides to participate in a violent criminal organization” and that “a life in crime does not pay”. Id. at 2-3. Forget about Mr. Charles for a second. Can any sentence be based upon the notion that we should send a message to someone, anyone, other than the defendant? Hum. Charles may deserve 20 years. Charles may deserve 30 years. But, to deter other people from doing the same thing–to send a message to other people–we’ll give Charles a sentence beyond what he deserves. We’ll give him 66 years. The taxpayers probably won’t notice an extra four decades of incarceration and medical bills.

Technically, the idea that we’re going to “send a clear message to everyone” is called general deterrence. Is this legal?

Florida law states that a judge “may consider a variety of factors, including the defendant’s criminal history, employment status, family obligations, and over-all reputation in the community,” plus other factors which “relate to the defendant, his offense, and the victim”. Id. at 3. General deterrence is not mentioned. The court held that “general deterrence” is an improper sentencing factor. Charles’ sentence was overturned, and is now being sent to another judge for re-sentencing. The appellate court held that “general deterrence” is “already addressed by the sentencing scheme put in place by the Legislature”. Put another way, the court found that it was “fundamentally unfair to single out one defendant for especially harsh treatment in order to serve the utilitarian purpose of sending a message to the community.” Id. at 6.

And, the fourth reason for striking down the sentence is of particular interest to we taxpayers. We’ve had several discussions about how much it cost to house a prisoner for just one year. Safe to say, it’s a lot of money. You could send a kid to college. You could buy a single mom a car to drive her kids around. You could buy health insurance for 4.7 people. Now, if a longer sentence truly had some sort of deterring effect, the expense may be justified. But, numerous studies have shown that longer sentences have no deterrence value. Giving Charles a 20 year sentence versus a 40 year sentence versus a 66 year sentence does nothing to deter future crime. It just costs we taxpayers a boat load more money. Rather than pay a teacher some extra money, let’s support Mr. Charles for an extra 58 years above and beyond his original plea offer. Do the taxpayers even realize how much money these judges are blowing through? Well, now you know.