Criminal Defense
Since 1993
Contact Us Now For a Free Consultation
Home
Articles
When a Plea Gets You Deported, Can You Undo It?

When a Plea Gets You Deported, Can You Undo It? 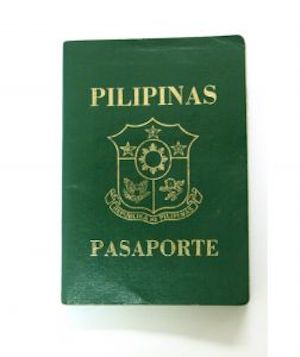 Orlando attorneys and defendants need to be aware of the immigration consequences of their pleas. Often times, it doesn’t seem like a big deal, because the actual sentences may not amount to much. But, INS is always lurking, so inform your clients accordingly.

This problem comes up once a citizen realizes, at some later date, that INS wants to deport him as a result of a plea. For example, let’s say “Joe” enters a plea to Possession of Cocaine. Later, deportation proceedings are started against him as a result of this old cocaine conviction. Of course, he hires a criminal defense attorney to “undo” the plea on the possession of cocaine that caused the deportation to begin with, and if the withdrawal is granted–no more deportation!

The most common reason for requesting a withdrawal of the plea is due to an attorney or judge’s failure to adequately advise a defendant of the immigration consequences of said plea. Unfortunately, this argument doesn’t work in central Florida as well as it used to, as our standard judge’s warning that ‘you may be deported if you are not a United State’s citizen’ has been held sufficient. (see Santiago v. State, 65 So.3d 575, Fla. 5th DCA 2011).

The controversy began with our United States Supreme Court’s decision in Padilla v. Kentucky, 130 S.Ct. 1473 (2010) that a plea could be withdrawn due to the ineffective assistance of counsel for failing to tell Padilla about possible deportation consequences.

Now, central Florida judges in Orange, Osceola, and Seminole County are all stating on the record that any plea “WILL” subject a non citizen to deportation. This new language, that a defendant “will” be deported, came about due to the case of Hernandez v. State, 61 So.3d 1144 (Fla. 3rd DCA 2011), in which it was held–contrary to the Santiago case above–that language indicating that a defendant “may” be deported was not a strong enough warning.

So, can you undo a plea that gets you deported? Yes, maybe, but only if the request is filed within two years of the plea, otherwise….Good Luck.