When a Prosecutor’s Words Overturn a Conviction (We Rejoice) 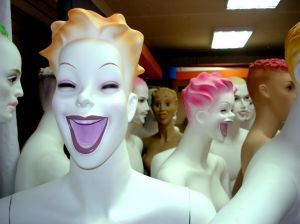 It’s tough losing a case. My first instinct is to always blame myself. Maybe I didn’t ask the right questions, say the right words in closing. But, of course, an equally good glowing rainbow feeling overcomes me when a conviction gets overturned. Even better when it happens because of the prosecutor. Hate to be that way, but I’m just saying….

Every Orlando defense attorney has been to trial with a prosecutor that has said all the wrong things. But, at what point do the words of a prosecutor cause an appeals court to overturn a conviction? Let’s take a look at one real life example.

The case is Covington v. State, 75 So.3d 371 (Fla. 4th DCA 2011). Convington was convicted of grand theft. This grand theft came from the same place that so many other grand thefts come from–good ‘ol fashioned shoplifting. Basically, Florida law calls “shoplifting” grand theft when the amount stolen is above $300. In this case, groceries from Publix.

So anyway, its the end of Covington’s trial, and his defense attorney tells the jury that the state failed to produce a video of the incident, and this absence of evidence can create a reasonable doubt. Folks, this argument is fact. This argument is correct. This is criminal defense closing 101, Fall Semester. But what happens next is just wrong. The prosecutor responds in his closing that “Gosh, video that existed, it was a surveillance, State didn’t show it to you. Well, you know what? They could have got it too. They could have shown it to you. They had just as much of an opportunity to go and ask for that video as we did.”

What? Am I hearing what I just typed? Who’s burden is it to prove this case? The state. Who brought the lawsuit in the first place? The state. What must a defendant prove? Nothing. What evidence must a defendant present to a jury? Nothing. So the prosecutor’s blabbing misled the jury into thinking that Covington had some obligation to present the video. Nope. That’s not the law.

The law here is simple. The defendant doesn’t have to present evidence. Ever. But of equal importance is the fact that the state cannot insinuate that the defendant should have presented evidence to refute the charges. The Covington court held that the “state cannot comment on a defendant’s failure to produce evidence to refute an element of the crime, because doing so could erroneously lead the jury to believe the defendant carried the burden of introducing evidence.” Id., citing Hayes v. State, 660 So. 2d 257, 265 (Fla. 1995).