When Aggravated Battery Is Really Only a “Battery” 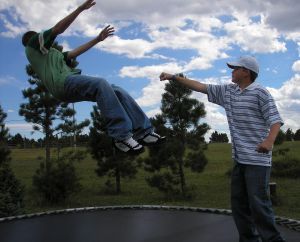 Orlando sees it’s fair share of battery arrests. It’s sad, really (especially those teenagers videotaping gang beatings–what is this world coming to?). But to make matters worse, prosecutors tend to overcharge fights, erring on the side of charging Aggravated Battery Causing Great Bodily Harm, rather than charging the lower offense of misdemeanor battery. So, where do we draw the line in determining what type of injury constitutes a misdemeanor battery, and what type of injury is “great bodily harm?” Let’s dig right in….

Our focus today is the recent case of Gordon v. State, 2011 WL 6016913 (Fla. 3rd DCA 2011). Gordon was convicted after trial of attempted second-degree murder and aggravated battery, he was accused of hitting his girlfriend with his hand and with a belt, causing bruises on her body. His girlfriend did not seek medical treatment, and the bruises eventually healed. Is this “great bodily harm?”

For example, in the case of C.A.C. v. State, 771 So.2d 1261 (Fla. 2d DCA 2000), that court overturned an aggravated battery causing great bodily harm conviction because it found that the stabbing with a fork two or three times leaving scratches, swelling, and puncture marks did NOT rise to the level of ‘great bodily harm’. The court reasoned that a victim must suffer lasting ill effects from the injury, and/or have been treated medically for the wounds.

So, even though the jury found the injury’s to be ‘great bodily harm’, thank God for the appeals courts. Sometimes, they make the right decision. This was one of those times.