Criminal Defense
Since 1993
Contact Us Now For a Free Consultation
Home
Articles
When Can I Call a Lawyer?

When Can I Call a Lawyer? 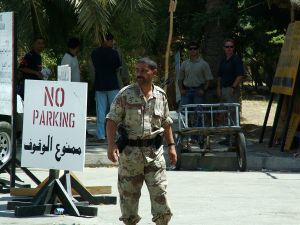 It’s never fun being confronted by government officials wearing guns and shiny badges. This is especially true in places like Iran, or North Korea. But, it’s scary here too. Lucky for us, we have “rights”. We can halt the questions, and get an attorney to come and help us, before we say something stupid. The police must warn us that we’re about to say something stupid, and the Miranda Warnings go something like this:

Today, we’re going to focus on “You have the right to an attorney.” Actually, you don’t always have the right to an attorney. If you’re not in police custody, or the police are not conducting an interrogation, there’s no need to be warned of your rights. This is true even when being arrested, the police do not have to read Miranda warnings unless, of course, they plan on questioning the arrested person. So, here’s the deal. Plain and simple. If a citizen asks for an attorney during police questioning–the officer must stop the interrogation until an attorney is present. Sure, rights are nice to have, and they look good on paper, but what happens when the police ignore this right?

When the police do something they shouldn’t do, we criminal defense attorneys file various motions, such as a Motion to Dismiss, a Motion to Suppress, or a Motion in Limine. These motions ask the judge to remedy the wrong created by the police misconduct. Some police misconduct rises to the level of dismissal (entrapment, for example), but other police misconduct warrants that the court exclude whatever evidence was obtained as a result of the misconduct. A Motion to Suppress asks for just such a remedy, moving the court to exclude whatever was said or discovered as a result of the wrongdoing. Our real life case of the day involves wrongdoing on the part of law enforcement, and on the part of the criminal defense attorney arguing a motion to suppress.

In Laurito v. State, the defendant was convicted of aggravated battery with a firearm, two counts of aggravated assault with a firearm, and shooting into an occupied vehicle. 120 So. 3d 203 (Fla. 5th DCA 2013) The case was fairly simple. Shots were fired from a car containing three individuals. The police couldn’t figure out who fired the shots, until a detective got Laurito to confess. Of course, it took some fancy 90’s cop show dialogue to get the confession, as the detective called Laurito “a little girl”, a “stupid bitch”, and “said he would be ‘proud’ of him if he admitted shooting the ‘motherf*****’”. Id at 205. I’m pretty sure this dialogue was stolen from the Beastie Boys video for Sabotage (my favorite music video, ever), but I can’t be sure until I watch the video for the thousandth time. Anyway, it wasn’t the cheesy lines that got the detective in trouble. No, what offended our Constitution was the fact that before confessing, Laurito asked the detective, “Can I make a phone call so I can get a lawyer?”

We know our rights. We have the right to a lawyer. And, I’m pretty sure the detective in this case knew that as well. I’m pretty sure the detective knew that he had no right to ask Laurito anything without a lawyer present–once Laurito requested an attorney. I haven’t done the international law research on this, but the detective’s questioning after requesting a lawyer was probably legal–in China, North Korea, or Iran, just to name a few. And, as is the case so often in life, its not what happens to you, its how you respond. When Laurito asked to call a lawyer, the detective responded that “he could not call anyone at that time [and] suggested that he should not do so anyway, and told him that he would lose the opportunity to clear things up if he did not answer the detective’s questions immediately.” Id. at 206. Remember folks, this isn’t a beginner cop straight out of the police academy’s grueling eight weeks of training. This is a detective we’re talking about.

Now, a few paragraphs ago, I mentioned that the criminal defense attorney did something wrong in this case as well. You see, when the case first came to trial, the original defense attorney filed a Motion to Suppress Laurito’s confession. But, he didn’t argue that Laurito’s “can I get a lawyer” statement should have stopped questioning. Instead, his lawyer argued that Laurito’s statements were not voluntarily given, and the trial court denied the motion. Was the original attorney wrong for not addressing this issue? I hate to say it, but yes. Our case today is, basically, a request to overturn Laurito’s conviction because his defense attorney was “ineffective for not seeking to suppress Laurito’s statements to law enforcement on grounds that the interviewing officer failed to honor Laurito’s unequivocal request for a lawyer.” The appeals court agreed, and reversed his convictions.

The Laurito court cites a nice string of phrases which should have caused law enforcement to stop their questioning. And, while there are no magic words, here’s a few examples: