Criminal Defense
Since 1993
Contact Us Now For a Free Consultation
Home
Articles
When Can You Get Credit for Time Served in Another Jail?

When Can You Get Credit for Time Served in Another Jail? 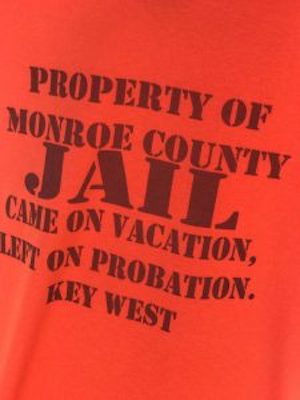 If you’ve got to do a bit of time in jail, then it is essential to squeeze out every last drop of credit time served that is humanly possible.

And, if you find yourself in that unfortunate position of having to await transport from another state’s jail back to Florida you may be wondering, is any of that time in a “foreign jail” going to count?

In the recent case of Chimale v. State, Chimale filed a motion to get an additional 97 days of additional foreign jail credit for time spent in an Argentina jail awaiting transport back to Florida. 2020 Fla. App. Lexis 5109 (Fla. 1st DCA 2020). Argentina wasn’t holding him on any other charge, so most folks would assume that because the Florida case was the only reason he was being held–Chimale was entitled to that time served. But, that’s not the law, and his request for that credit time served was denied. Here’s why.

So, if you’ve spent some time in other county jails, do you get credit for that time?

Most courts would say that you are not entitled to the credit, but many judges will grant it as a gift. The reasoning is that “the statute was not written to accommodate the mobile, prolific offender whose criminal transgressions span the state. The proper reading of section 921.161(1) is that a defendant is entitled to credit for each day in jail attributable to the charge for which a sentence is pronounced. . . . the statute should not be construed so that the credit value of a day in jail expands with the number of cases a defendant has pending in different Florida counties. We doubt that the legislature wrote section 921.161 to reward recidivism.” Gethers v. State, 798 So.2d 829 (Fla. 4th DCA 2001).

Even though the law does not require a judge to grant time served in another jail, judges are permitted to still do it. Here is the general rule:

“The trial court has discretion to award, and should consider awarding, credit to defendants for time served in foreign jails while awaiting transfer to Florida, particularly when the defendant was incarcerated in another state solely on Florida charges.” Krause v. State, 857 So. 2d 343 (Fla. 1st DCA 2003).

In some Florida jurisdictions, the laws have been modified a bit to grant credit time served in another jail starting from when the original county placed a detainer on the defendant, but only when that detainer is the sole reason for being held in the other county jail. See Gethers v. State 798 So.2d 829 (Fla. 4th DCA 2001) versus Wiggins v. State 654 So.2d 1017 (Fla. 1st DCA 1995). Again, we’re not talking about foreign jails, and we’re not talking about out-of-state jails–we’re just talking about the county jails within the state of Florida.