When Cops Aren't Doing Their Job 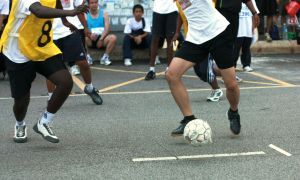 Ever notice that some people just like being bossy? For some reason, this seems especially true here in Orlando. And the trouble is, when these bossy folks happen to be police officers, it’s usually better to simply obey the commands rather than confront them with their lack of authority. So, let’s dive into a case where a juvenile decided to curse at an officer, rather than obey his command. And, you know what happens when you curse at an officer? One all expense paid trip to the jail.

In the case of C.W. v. State, the juvenile offender was convicted of resisting an officer without violence. 76 So.3d 1093 (Fla. 3rd DCA 2011). Remember that a resisting an officer without violence charge is basically the crime of failing to obey the lawful command of an officer. Thus, a resisting charge typically has two main issues: (1) was the officer engaged in his lawful legal duty? And, (2) did the defendant’s actions obstruct that lawful duty?

Here’s what happened. C.W. was just chillin’ in the middle of the street, and was told by a police officer to move out of the roadway (remember the good ‘ol days, we would play soccer or football in the street–no problem). C.W. didn’t respond to this request, and instead he uttered a few choice words of profanity. Of course, we all know that cursing at an officer is never a good idea, but C.W. had to learn this lesson the hard way–and the officer proceeded to arrest him. The police reported found that C.W. did not “follow the order of said officer to get out of the street where traffic was moving…” Is this command pursuant to a lawful police duty?

The court overturned C.W.’s conviction for resisting, holding that the “officer’s initial request that C.W. move a de minimus distance out of the road was a reasonable part of their job as community safety officers. But the officers had no legal duty to insist on compliance and to enforce that insistence with arrest where the record shows that there were no circumstances warranting this. Here, there is no evidence that C.W. actually interfered with traffic, and the mere potential to interfere with traffic is insufficient to justify the officers’ actions.” Id. at 1096. Basically, the court makes the important distinction here between an officer being “on duty” and an officer “performing a legal duty”. There is a difference. When an officer is not really doing his job, refusing his verbal commands is not a criminal offense.

It’s worth noting here that the appeals court was not in total agreement on this case. One judge disagreed, noting in his dissent that “[c]ontrary to the majority opinion, the officers were engaged in the lawful execution of a legal duty: to enforce the traffic laws of this state. Also contrary to the majority opinion, which premises its reversal on its incorrect supposition that ‘there is no evidence that C.W. actually interfered with traffic,’ there was evidence presented that C.W. was standing in the roadway actually interfering with traffic and, therefore, was violating the law”. Id at 1097.