When Delay Leads to Dismissal 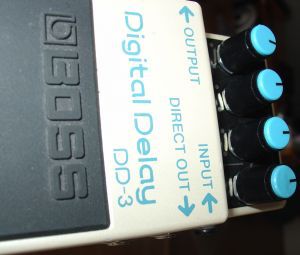 After being arrested or charged with a crime, how long does it take to resolve the case? This is one of many burning questions for those unfortunately enough to have a brush with the law. Here’s what you need to know. In Florida, we have a right to a speedy trial, which means that the prosecution has approximately 90 days to bring a misdemeanor to trial, and approximately 175 days to bring a felony case to trial. But these time frames are not the only speedy trial rights enjoyed by Florida citizens. The 90 days and 175 days are creatures of statute, and a second speedy trial right can be found in the Sixth Amendment to United States Constitution (“In all criminal prosecutions, the accused shall enjoy the right to a speedy and public trial”). The Sixth Amendment doesn’t give us an exact time frame like the Florida Statute, so, to better understand how this time frame works, let’s take a look at the recent case of Niles v. State, 120 So. 3d 658 (Fla. 1st DCA 2013), a case in which an appellate court threw out several convictions for lewd or lascivious molestation due to a delay in arresting Niles. Basically, this delay violated his Sixth Amendment right to a speedy trial, even though the delay did not run afoul of Florida’s speedy trial statute.

Niles was officially charged with lewd molestation on March 6, 2000 (when the prosecutor filed a document called an “Information”). A warrant for his arrest was issued at the very same time. On August 11, 2008, he was arrested on this warrant. Yes, this delay was more than eight years. No, Niles was not that hard to find, even though he often travelled in a camper van (the accusations involve kids in a camper van, but I’m going to spare you the creepy details–this time). Niles was retired military, receiving monthly benefits from the United States Army. Back in March of 2000, they knew his address, they knew his phone number, they knew his Social Security Number, and they knew about the Army benefits. Furthermore, Niles had a passport, and he re-entered the country several times between 2000 and 2008. So, why did it take over eight years to find him? Well, it appears that the sheriff’s office failed to enter the warrant into the national database. As soon as they entered the warrant in 2008, Niles was arrested soon thereafter.

As you might expect from any decent criminal defense attorney, Niles’ lawyer filed a motion to dismiss based upon a violation of his Sixth Amendment right to a speedy trial. This motion was denied by the trial court, but the defense attorney knew the court made a bad decision, and moved for reconsideration. Denied again. So, the defense attorney appealed the second denial to a higher court (via a petition for writ of prohibition), but that too was denied. (They appealed to the very same court that, eventually, overturned his convictions? Why didn’t they just do it right the first time? At least they got it right, eventually)

So, how does a court determine whether or not the Sixth Amendment right to a speedy trial has been violated, if the Constitution does not lay out a specific time frame like the Florida statute? The Sixth Amendment guarantees a speedy trial from “the time of arrest or indictment, whichever comes first, and it continues until the date of trial.” Id. at 663. To determine whether or not this right has been violated, a judge must take a look at the delay, and any actions of the State or defendant. Weighing these actions involves four “factors”, “(1) the length of the delay, (2) the reason for the delay, (3) the defendant’s assertion of his right, and (4) the prejudice to the defendant.” Id. (for those that care, these factors are found in the cases of Barker v. Wingo, 407 U.S. 514 (1972), and Doggett v. United States, 505 U.S. 647 (1992)) (our court system enjoys factors and prongs–two options may be labeled a “two-pronged analysis”, and anything with more than two will be labeled “factors”)

In order to get out of the gate on this sort of thing, there must be at least a one year delay, otherwise the court will deny the motion (and thus,not even consider the other three factors). Of course, a delay of eight years gets us to the second step in the analysis, “reasons for the delay”. The burden of explaining a delay will fall on the prosecution, as they are in charge of filing and prosecuting their lawsuit. In this case, it was the State’s negligence that caused the delay, because the sheriff failed to input the warrant into the system for eight years. As a footnote to this second factor, the court would have denied Niles’ claim if only the State had “pursued Niles with ‘reasonable diligence’”. Id, Footnote 3.

The third factor involves a defendant’s “assertion of his right” to a speedy trial. This is kind of an odd factor, in that it places some burden on a defendant to turn himself in on a warrant that he knew nothing about. George Orwell would be proud of this sort of Doublespeak, to be punished for not knowing about something the State has hidden from you (the State often hides warrants on new cases, for whatever reason). Even though such a warrant may be hidden, the court may still interpret certain actions of a defendant as being evasive. For example, if a defendant leaves the county for years at a time, with no address and no further information, a court may count this against him. But Niles was easily traceable, if someone bothered to look for him. As such, the third factor is resolved in Niles’ favor–he “asserted his rights” in a timely fashion.

Finally, the court must consider any prejudice to the defendant caused by the delay. Niles does not need to demonstrate specifics on this factor, especially when the first three factors are scored against the State. The court quoted another decision which recognized that “impairment of one’s defense is the most difficult form of speedy trial prejudice to prove because time’s erosion of exculpatory evidence and testimony “can rarely be shown.” But, given the length of delay, the court found that the burden of prejudice shifts to the government, and “requires the State to affirmatively prove that the delay did not impair the defendant’s ability to prepare a defense.” Id at 667.

In the end, Niles’ convictions were overturned. Thrown out. Dismissed. This case should give the average citizen a good idea of the kind of inefficiency we defense attorneys are up against every day. Remember, the trial court judge rejected the above analysis twice, and the appellate court rejected the analysis once, before getting it right on their fourth try. I guess the fourth time is the charm. Every government entity that had a hand in this case was creating a delay. But yes, bashing the government is just too easy. And, we’ll dealing with criminal justice here, where it is better to let 1000 guilty men go free than to imprison one innocent soul. Sorting out these issues can take time, and cost money, but when you get it right–its worth it.