Criminal Defense
Since 1993
Contact Us Now For a Free Consultation
Home
Articles
When Is Leaving the Scene of an Accident Not a Crime?

When Is Leaving the Scene of an Accident Not a Crime? 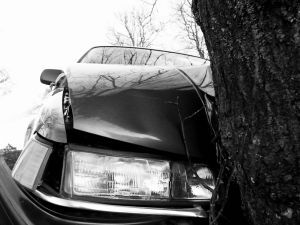 In case you’re wondering how many accidents occur on Orlando’s streets everyday, I don’t have the stats, but safe to say quite a few–just take a look at all those billboards for accident attorneys. But some accidents do not involve injuries. Many do not even involve a vehicle driven by another person. So, for those of you hitting cars that are unoccupied, must you track down the owner of the unoccupied car?

Leaving the Scene of an Accident is a common charge here in Orlando (just think about all the tourists). Florida statutes prohibit certain instances of leaving the scene of a crash, when the damage done by the crash involves damage to a vehicle or other property, but only when such vehicle or property is “driven or attended by any person”. See Section 316.061(1), Florida Statutes. Thus, when a driver crashes with a parked car, what happens next?

This issue was addressed in the case of Colbert v. State, 2010 WL 4861708 (Fla. 4th DCA 2010). Colbert hit a parked car and fled the scene. He was convicted of leaving the scene of an accident, yet Florida’s 4th DCA threw out the conviction because there was no evidence that the parked car which was hit was “driven or attended by any person.” The court reasoned that it was not a crime to leave this accident scene, given the circumstances.

Florida law does, however, require that a person must stop and attempt to locate or notify the other vehicle’s operator/owner, giving info of his name and address, VIN of the vehicle causing the damage. Plus, the driver must attach said info securely in a conspicuous place or in the vehicle, and report said incident to the local police. So, if you should be so unlucky, make sure you follow the above procedures for notification. And, if there’s a problem, I know an excellent Orlando criminal defense attorney that can help you out.