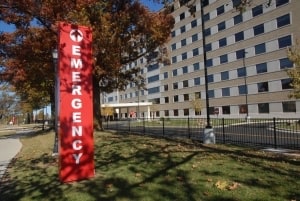 Rude behavior is everywhere these days. I wish things were different, and such changes start with me, but I’ll save you my broadway renditions of ‘the man in the mirror’ and ‘I’d like to teach the world to sing’.

Before we delve into the legal analysis of the day, let me mention one of my many brushes with rudeness. Years ago, I had a police officer yelling at me while his face was only three inches from mine. Kind of a Full Metal Jacket marine drill instructor moment. Yes, he was invading my personal space. But the worst part about it is the fact that–basically–he was spitting in my face. I scrubbed my face for hours (it seemed) then found a black light to make sure there was no DNA in hard to reach places. Anyway, I know you could care less about my problems, so let’s move on to the case of the day, involving the same type of battery for which I was not permitted to file charges.

In Spurgeon v. State, 114 So. 3d 1042 (5th DCA 2013), Spurgeon was convicted of battery on an emergency medical care provider for spitting in the face of a hospital security officer (essentially, an aggravated battery of sorts). Spurgeon had to be restrained by South Seminole Hospital’s security several times due to his aggressive behavior (may have been intoxicated). In some odd way, he agreed to be restrained the first couple of times, and then calmed down. But after calming down, he decided to leave the hospital (who wants to pay those high ER bills, anyway?). This time, the hospital threw four security guards in his way, and Spurgeon spat in one of their faces.

At the end of Spurgeon’s jury trial, his criminal defense attorney asked the judge to throw out the felony battery charge because the prosecution failed to prove that the battery was committed against an “emergency medical care provider”, as defined by Florida Statute section 784.07(1)(a). Spitting in someone’s face is a misdemeanor battery, at its most basic level. However, there are a zillion “upgrades” available to those folks who are dumb enough to be so uncivilized. Every upgrade takes this simple misdemeanor and turns it into a felony of varying degrees. Spit on a cop, and you’ve got felony battery on a law enforcement officer. Spit on a pregnant gal, and you’ve got aggravated battery on a pregnant female. And so on, and so on. An important aspect of this appeal was the court’s breakdown of the definition of “emergency medical care provider”: an ambulance driver, emergency medical technician, paramedic, registered nurse, physician, medical director, or any person authorized by an emergency medical service. The term includes all physicians, employees, agents, or volunteers of hospitals as defined in chapter 395 who perform duties associated with the hospital’s emergency department or the security thereof.

As a result of winning his appeal, Spurgeon will get a new trial on a simple battery charge. It is likely that he will ask the judge for an instruction on self-defense and “justifiable use of non-deadly force”. In trial, the jury was informed that Spurgeon voluntarily admitted himself into the hospital. That being said, sometimes its tough to get out of such places, and it doesn’t appear that the court address the legality of the hospital using force to keep a customer’s meter running. That may be an interesting discussion for another day.