Why Refusing to Blow a Second Time Is Unconstitutional 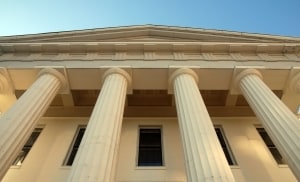 We all need our rest, no doubt about it, but our sleepy-brain-wave-patterns (like that technical term? I made it up myself) seem to be disrupted by cell phone signals, WiFi signals, radio waves, gps signals, dogs and cats living together–it’s just too much stuff. With all that, I’m going to further claim (fabricate) a statistic for you–insomnia is at an all time high worldwide. We just can’t sleep.

Now, what really keeps me up at night is not RF interference, Conan, Jimmy Kimmel, or some West Coast football game that starts at 9:00pm. No, what keeps me up late at night is knowing all the ways our bored legislature is going to claim to be “working” the next day by making more things a crime.

So, what is a criminal defense attorney to do? File motions, of course! Today, we’re going to examine why I think the crime of refusing to blow into a breath machine for the second time is unconstitutional. Florida Statute 316.1939 creates a misdemeanor when a citizen refuses to take a “lawful test of his or her breath, urine, or blood” having refused such previously.

I have been filing motions to dismiss this crime based upon its unconstitutionality, as I believe the statute violates a citizen’s Sixth Amendment right to confront his accuser. Here’s my argument: to convict someone of a second refusal under 316.1939, the statute permits the prosecutor to simply present a printout of a defendant’s driving record as proof of the first refusal. Let that sink in for a second. No witness required. Just a piece of paper from the DMV. Admit a driving record that has printed upon it a prior refusal to blow–and you’re halfway to proving this crime.

But wait a second, you thought you lived in America, right? Don’t we require witnesses? Don’t we have the opportunity to question the witness about the allegation contained within the printout? Not under this law. Nope. The driving record is all it takes. So I guess computer records are always correct? Are computer records so reliable that they can constitute half of the state’s case without ever being able to question their accuracy? Who wants a year in jail based upon a DMV printout? Do you trust the DMV that much? That’s why this law is unconstitutional–it violates a citizen’s right to confront his accuser. In this case, the accuser is really the first police officer that alleged the driver refused to blow the first time. But under this law, a defendant cannot cross examine the accuracy of the first refusal, because the state has met their burden by simply grabbing a few pages off a laser printer.

The Sixth Amendment to the United States Constitution requires that “Under any criminal charge or in criminal prosecutions, the accused has the right…to be confronted with the witnesses against him.” But, subsection (3) of Florida Statute 316.1939 permits the state to admit a defendant’s driving record as proof of law enforcement officer’s prior refusal suspension. Under the statute, evidence is admitted without the ability to confront the witness, and this violates a defendant’s constitutional rights found in Article 1 Section 16(a) of the Florida Constitution, which requires that “In all criminal prosecutions the accused…shall have the right…to confront at trial adverse witnesses…”

I regret to inform you that no Florida court (that I know of) has struck down the second refusal statute as unconstitutional. But, several district courts of appeal have addressed the admissibility of other documents in DUI cases, such as breath test affidavits and blood tests results, under the business record exception to the hearsay rule, where the report was admitted without the testimony of the preparer of the record. In Williams v. State, 933 So. 2d 1283 (Fla. 2d DCA 2006), and Sobota v. State, 933 So. 2d 1277 (Fla. 2d DCA 2006), both Florida courts found admission of government generated reports in DUI cases without the testimony of the preparer was unconstitutional because it violated the Confrontation Clause, and they reversed convictions in both cases.

And then we have State v Belvin, 986 So.2d 516 (2008), where our Florida Supreme Court found breath test affidavits to be testimonial in nature. Just so you know, any document that is “testimonial in nature” cannot be admitted into evidence without permitting the defendant to confront the witness that created the document. So, if breath test affidavits are not permitted, why should print outs refusing the breath test be admitted?

In essence, the Belvin court held that the DUI breath test papers/printout was “acting as a witness” against the accused. The technician who created the breath test affidavit created such to prove a critical element in Belvin’s DUI criminal prosecution.   In legal terms, the breath test affidavit was created “to establish or prove past events potentially relevant to later criminal prosecution.” As such, the document cannot be admitted without live testimony. Anything created to prove something in a criminal case cannot be admitted without a witness. So, doesn’t this apply to refusal paperwork as well? It should.

Our United States Supreme Court addressed the issue of a “rebuttal presumption” in a case involving a law which permitted the admission of lab results in drug possession cases without witness testimony–but with a “rebuttal presumption” as to the lab records accuracy. In Melendez-Diaz v. Massachusetts, 557 U.S., 129 S.Ct. 2527 (2009), the United States Supreme Court dispensed with this rebuttable presumption analysis by holding:

1. “Respondent asserts that we should find no Confrontation Clause violation in this case because petitioner had the ability to subpoena the [lab] analysts [regarding their printed report]. But that power–whether pursuant to state law or the Compulsory Process Clause–is no substitute for the right of confrontation” Id. at 2540.

Our second refusal statute permits the prosecution to present its evidence via ex parte affidavits, and they then simply wait for us to “rebut” it. There are at least four serious legal problems with this statute, we’ve given you the Cliff Notes on just one of the problems. I can only hope that Florida courts will recognize that the Constitution “imposes a burden on the prosecution to present its witnesses”. Now you know the rest of the story.