Why Tanorexia Will Be Illegal Soon 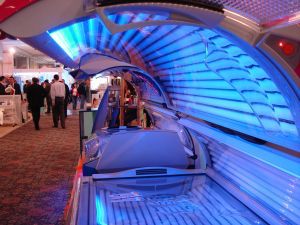 Will our real problems ever get resolved? No. Why? Because of “tanning mom”, and “tanorexia”. Because, somehow, gay marriage is more important than coverage of the Fukushima power plant that’s still fuming–potentially ready to blow sky high (yes, we’re downwind from Japan, and this thing will pack a punch 80 times that of Chernobyl…). Europe is on the brink of a financial meltdown (when this crisis hits Spain and Italy, look out), and this will hit the US hard–but where’s the news reports? And hey, I’m all for gay marriage and nuclear power–but isn’t Japan’s nuclear meltdown and Europe’s financial meltdown more important?

So, it’s probably about time to tell you why tanning salon regulations are just around the corner. Because, We The People elect politicians that watch too much major network news channels. After a few weeks of “Tanning Mom” stories, someone in Florida’s legislature will propose extensive regulation of the tanning salon industry. After all, can’t our government solve all our problems?

Well, in an effort to save our Florida legislature some time, here’s my ideas on the name of the bills to be introduced, how about the “Child Tanning Endangerment Act”, “The Child Skin Cancer Prevention Act of 2012”, or the “Tanning Salon Prohibition Act”? It’s coming folks, like clockwork.