Criminal Defense
Since 1993
Contact Us Now For a Free Consultation
Home
Articles
Why Won’t God Heal the Amputees?

Why Won’t God Heal the Amputees? 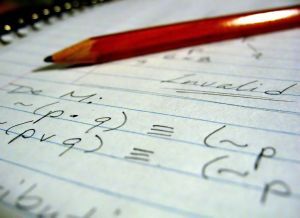 I love debates. Not presidential debates, those aren’t really debates. No, my favorite debates are philosophical, especially those that expose the intersection of science and philosophy (really, this boils down to atheists vs. theists). In one such debate, Michael Shermer was arguing against the existence of god, and felt that there wasn’t a shred of evidence for miracles or supernatural activities, writing off all such talk as just wishful thinking. However, Shermer is a scientist at heart and claims to be open to new evidence, so he proposed the following: “if you could have God grow some new limbs of amputees of soldiers in the Iraq war, Christian soldiers with Christian families, praying for them to be healed–I would seriously consider that in changing my mind. So far, this has not happened, not even once. Apparently, God can’t even do what amphibians can do in growing new limbs. If there’s a purpose, surely we would see at least one sign like this. And yet, we have zero.” [Debate – La Ciudad de las Ideas 2010] So, because there’s no miracles that meet his high standard of proof–there must be no god.

After over twenty years of presenting arguments to courts and prosecutors, it’s becoming easier to spot flawed logic. I’ll be the first to admit that I’ve made my fair share of Shermer style arguments in jury trials, claiming that the government has not met their burden of “beyond a reasonable doubt”. [Sure, the state has “evidence”; sure, the state has a “confession”; sure the state has “DNA”; but until you bring me a video of the incident on Blu-ray, the case hasn’t been proven beyond a reasonable doubt!]

Anyone can move the bar higher and higher until no amount of evidence will prove the case. And we all know people like Shermer, who will not be convinced of something they do not want to believe, no matter how much evidence is presented. Maybe Shermer isn’t claiming that the absence of amputee miracles indicates there is no god; maybe he’s just giving us a glimpse of how much evidence it will take to convince him of such. But if a limb grew back on network television, some biologist would simply trace that regrowth to a rare DNA sequence left over from amphibians, possibly presenting further proof of evolution. See, evolution works!

How much “proof” is enough? In criminal defense work, we throw around the term “reasonable doubt”, but few folks know what this really means (sadly, few attorneys as well). Take this example provided by Dave Chappelle, in a skit portraying jury selection for the R. Kelly trial (the singer was accused of video taping a sexual act involving him urinating on a 15 year girl–this transcript takes all the fun out of it, you should really watch the skit on YouTube or Comedy Central, its classic Chappelle):

Prosecutor: Are you aware that Robert Kelly is being charged with child pornography?

Chappelle: Yes, I’ve heard of such a thing.

Prosecutor: Have you seen the video?

Chappelle: Have I seen the video? Like 80 times, remember the part where he’s waiting for her to…and looking in the camera…

Prosecutor: Was Robert Kelly on the tape?

Chappelle: Well, I’d have to say he was.

Prosecutor: Well then, you believe he urinated on a 15 year old girl.

Chappelle: Uh, hold on lady, I didn’t say all that, you know with these tapes they can do a lot of things. For all I know that piss was digital…they got crazy special effects…

Prosecutor: What about the girl collaborating the story?

Chappelle: So what, how much money does this girl stand to make by “collaborating” her story? I tell you what, you give me that kind of money–R. Kelly can fart in my dinner, tonight.

Prosecutor: So besides the video tape, and the girl collaborating the allegations, what more would it take you to believe?

Chappelle: Alright, if I saw a tape of R. Kelly peeing on a girl, while he was singing piss on me, and the girl was showing two forms of government ID, while a police officer was there, plus 4 or 5 of my buddies with Neil taking notes, and his grandmother has to be there to confirm his identity.

Chappelle: No, no it’s not excessive. Listen lady, the burden of proof is on the state. On the STATE. You have got to prove to ME beyond a reasonable doubt whether or not this man is a pisser.

It really doesn’t matter how much evidence you have, skepticism knows no limits. For example, a friend of mine (a judge) believes that no one exists other than himself, and that everyone else may just be playing a role in some sort of Truman Show (or, his brain is in a vat–he’s never let go of the ideas kicked around in Philosophy 101). Seriously, I can’t make this up. If you want to take skepticism that far, all we’re left with is mathematical proofs. After all, as arrogant as scientists typically are, their data comes from our senses, and we can’t trust our senses, can we?

A second logical flaw of Shermer’s is pretty common amongst the scientific community. The scientific ego sets up the straw man argument in which god is confined to doing things only in a way the scientist would expect. Physicist Neil DeGrasse Tyson presents a few of these flawed arguments every time he opens his mouth about something other than physics (see Michael Jordan principle, listed below). I absolutely love his knowledge of physics, and his passion for science is contagious. Yet, his doubts about the existence of a deity revolve around his notion of “stupid design”. Tyson is famous for questioning what type of God “configured the region between our legs [as] an entertainment complex built around a sewage system!?” Now, I know some people that believe the sewage system is part of the entertainment complex, but Neil and I hang around different crowds–no judging here, his crowd has separated the two and I respect that.

So, because Tyson does not approve of the way our private parts are arranged, he concludes that a designer [God] must not exist. If Christian amputees do not have their limbs miraculously regenerated, God must not exist. We could set up straw men all day. What about hurricanes, what God would want the destruction of a hurricane, that’s poor design–God must not exist. What about birth defects? What about evil? What about the heat death of the universe? Surely, a loving God would not have made things better, right? Therefore, if my personal notion of what a god would do conflict with the ways of the world–no god exists.

Now, I’m full willing to confess to my hypocrisy — I make these sort of flawed arguments all the time, should the need arise. But the difference is, I’m not passing off fallacious logic as some sort of mathematical proof. That being said, author Bo Jinn enjoys the bogus arguments put forth by scientists like Tyson, finding it “as charming as watching a toddler on Carnival day; strutting about proudly garbed with his lab coat, convinced in his delusions of intellectual grandeur by his own wild imagination.” Jinn, Bo “Illogical Atheism“, 2013 (excellent book, by the way). Yes, to the Homer Simpson’s of the world, some of these arguments may sound more persuasive because they’re coming from an accomplished physicist–but another law of the universe is at play here–the Michael Jordan principle; genius never transfers. Michael Jordan wasn’t a great baseball player, and scientists don’t make good philosophers.