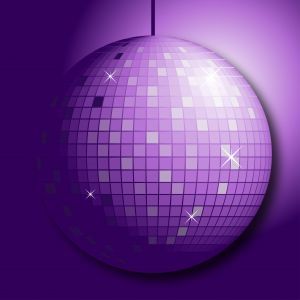 House parties are fun. Music. Dancing. Women. Fun for the whole family. Except, sometimes, there are illegal drugs at these parties. Drugs are bad, okay? Especially if you want to stay out of jail, drugs are bad. In Person v. State, 950 So.2d 1270 (Fla. 2d DCA 2007), police were conducting surveillance on a duplex where they had seen forty or fifty persons entering and exiting the premise over the course of an hour. (Ah-hah, American citizens having too much fun, definitely a basis for a warrant)

A SWAT team served a search warrant in which they detained twelve individuals including the defendant, Person. Inside the duplex police found a large quantity of cocaine in plain view in the common areas of the residence, which included crack cocaine in various stages of processing in the kitchen. No drugs were found on the accused.

As you might expect, Person was found guilty of possession of cocaine, and the state had to prove constructive possession in this case because there were at least twelve other people in the house at the time, and Person had no drugs on him when arrest. The appeals court overturned the possession conviction, finding that “One general principle applicable to possession cases is that ‘[m]ere proximity to contraband is not enough to establish dominion and control.’ Instead, the evidence must establish the defendant’s conscious and substantial possession, as distinguish from mere involuntary or superficial possession of the contraband. Furthermore, because any possession on the part of Person would have been non-exclusive given that twelve people were in the residence, the control element cannot be inferred but must be established by independent proof. Our review of the record compels us to conclude that the State presented no evidence that Person had control over the cocaine.” Id. at 1272, 1273. [Internal citations omitted]

There you have it. Once again, independent proof is required. Mere proximity is not enough. These fact scenarios happen time and time again here in Orlando. It’s hard to imagine the police just arresting people for merely being present at a place that has drugs, without any further investigation, but it happens. When confronted with such problems, lucky for you there’s a defense attorney here in Orlando that knows how to defend such cases!