Criminal Defense
Since 1993
Contact Us Now For a Free Consultation
Home
Articles
Will Florida Honor an Out-of-State Prescription?

Will Florida Honor an Out-of-State Prescription? 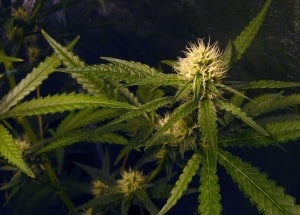 For years, we’ve been kicking around the boundries of state to state travel for citizens who are medically prescribed marijuana. Americans take for granted our lofty right to travel and assume that, once we pick up legally prescribed drugs at the pharmacy, we can road trip anywhere in the country with those legal prescriptions. When it comes to marijuana, that’s just not the case.

Florida Statute Section 499.03 provides for a “prescription defense”, in that we citizens cannot be convicted for “the possession of [a] drug [that] has been obtained by a valid prescription of a practitioner licensed by law to prescribe the drug”. Sec. 499.03(1).

Shouldn’t the plain language of this Florida Statute include medical marijuana? It includes drugs made by Big Pharma, like Oxycodone or Hydrocodone. You can bring these prescriptions anywhere in the country. But the same cannot be said for marijuana. A recent Brevard County case highlights the reasoning behind this. In State of Florida v. Zepeda (Brevard Co. 05-2013-MM-61469-AXXX-XX, April 7, 2014, FLWSUPP 2107ZEPE), the Defendant filed a Motion to Dismiss pursuant to Florida Rule 3.190(c)(4), a motion that required her to admit that she possessed the marijuana, but further claimed that “her possession of the cannabis was a result of a valid prescription”. Sounds good so far, right?

First of all, the Motion to Dismiss was denied for technical reasons, as well it should have been (and I’m not one to say this sort of thing, but the judge is 100% right on this one). These motions must be sworn to, and Zepeda’s motion was not (Practice Tip: if you don’t want to swear to a Motion to Dismiss under 3.190(c)(4), you can always file an unsworn motion to dismiss under 3.190(b)).

Second, the motion to dismiss was denied because the prescription card presented as evidence in support of the motion was obtained three weeks after the arrest. Ouch. Lucky for us, the trial court briefly entertained this interesting issue, even though the judge had plenty of reason to simply deny the motion for the above reasons.

We start our analysis with words found in the United States Constitution — “Full Faith and Credit shall be given in each State to the public Acts, Records, and judicial Proceedings of every other State”. For those of you who like to know the labels on things, this is known as the Full Faith and Credit Clause. As you can see from the text, there’s no mention of drug laws, and most of the litigation on this issue involves enforcement of judgments from one state to the other. For our issue, the question becomes whether or not the immunity from prosecution provided by California’s medical marijuana laws should be honored by Florida. A similar issue involves the Privileges and Immunities Clause, as it can be argued that Zepeda’s ability to travel from state to state is hindered by the fact that she cannot bring her medication with her (See my article back in December of 2010 entitled “Tell Grandma to Leaver Her Prescriptions at Home“).

Getting back to Zepeda, the court was not convinced that the California Compassionate Use Act (CCUA) provides a defense against Florida’s marijuana laws, and cited State v. Berringer, 234 Ore. App. 665 (2010). I hate to admit it, but this case is not good for our cause. Berringer was arrested in Oregon for marijuana possession, and Oregon has a medical marijuana law. However, Berringer didn’t have an Oregon prescription, she had a California prescription. Sounds like this case should go our way, right? Wrong. The Oregon court held that the California prescription could not be honored by Oregon, reasoning that the text of the California law–on its face–only provides a defense to California’s drug laws (and, I suppose, even if the California law contained a phrase like “A California prescription shall be valid in all 50 states”, such a law would not, truly, be enforceable, as a California legislative act cannot impose its will on the other states). The Berringer court reasoned that “the Full Faith and Credit Clause requires (at most) that a state give effect to rights established between parties that arise from judgments, agreements, or statutes originating in other states…Thus, in this case, Oregon does give full faith and credit to the CCUA, because Oregon does not (and could not) enforce California’s marijuana laws against defendant”. Id. at 671.

So, we defense attorneys will need to come up with some better arguments in support of our clients that have prescriptions from other states. Of course, some of these issues may disappear once voters agree to permit medical marijuana in Florida.