Criminal Defense
Since 1993
Contact Us Now For a Free Consultation
Home
Articles
Would You Help a Friend’s Dying Cat?

Would You Help a Friend’s Dying Cat? 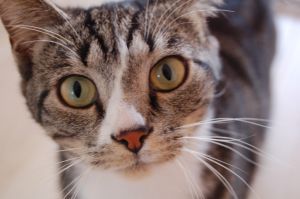 Some things in life are necessary, but not necessarily legal. Under crisis situations, folks may believe it necessary to commit a crime in order to avoid some perceived harm or danger. For example, say you have a suspended driver’s license, you’re out in the middle of nowhere, and your driver-friend has a heart attack. Would it be necessary to commit the crime of driving on a suspended license? When caught driving to the hospital, the defense would be known as the “necessity defense” (quite similar to the duress defense, which I discuss in a previous article called “He Made Me Do It“). Our discussion for today takes a look at how the necessity defense works.

In Brooks v. State, 122 So. 3d 418 (Fla. 2nd DCA 2013), Brooks was convicted of his third DUI within a 10 year period, and thus his misdemeanor DUI was upgraded to a felony charge. But Brooks had a defense. A great defense, if you’re a cat lover. You see, Brooks was pretty drunk one night when several friends begged for his help. Their cat was dying, and the only veterinary clinic available for treatment was an all-night clinic for which they had no ride. As of yet, universal health care does not apply to kitty cats, so their only choice was to have a tipsy Brooks drive them to save their cat. The four friends pile into Brooks’ car, and as luck would have it, Brooks was pulled over during 84mph in a 55mph zone–at the very exit of the all night veterinary clinic. The cat was in the car, as was the cat owner, and everyone was begging the officer to let them move on to the vet. The cop was a dog lover, so he wouldn’t let them continue on their journey (well, I made up the part about the cop being a dog lover. Obviously, this officer hates all of God’s little creatures, dogs and cats included, as you’ll soon discover). The officer refused to let anyone, including the dying cat, leave for the veterinary clinic. So, the cat dies. Gone to kitty heaven. Which, may be a better place–but still–how cold can you be?

To add insult to injury, the trial judge would not allow Brooks’ defense attorney to present a ‘necessity defense’ instruction to the jury. Seems a little harsh to not even permit such an instruction to be read (doesn’t mean they have to believe it), but that denial is why Brooks appealed his conviction. So, the first thing the appeals court decided was whether or not the necessity defense is available on a DUI charge. Yes, the defense is available on a DUI, but only in cases where there is no reasonable alternative to driving under the influence to address the perceived emergency. There are five elements to a necessity defense:

This case hinged upon element #1 above, that Brooks’ action be necessary to avoid injury to himself or others. The court held that “we do not interpret the phrase ‘or others’ as applying to animals”. As such, the court denied his appeal, letting the felony conviction stand, reasoning that “although Mr. Brooks’ wish to obtain treatment for the ailing feline is understandable, the elements of the defense and the plain language of the jury instruction compel us to the conclusion that a claim of necessity is not available as a defense to a DUI charge in Florida when the asserted emergency involves the threat of harm to an animal instead of a person”. Id. at 422.

So, not only did the cat die, but the hero in this story is now a convicted felon. I wish I could leave you on a better note, but I’ve got nothing. 8-ball, puddles, Tinkerbell, whatever your name was little kitty–may you rest in peace.