Criminal Defense
Since 1993
Contact Us Now For a Free Consultation
Home
Articles
Your Driving Is So Bad, It’s a Crime!

Your Driving Is So Bad, It’s a Crime! 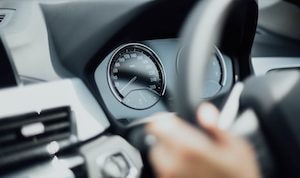 There’s an old saying that you never really learn to swear until you learn to drive.

Today, we’re going to discuss bad driving. Yes, all of you “readers” are perfect drivers, I’m not talking about you. Its everyone else I’m concerned about (kinda sounds like the school principals that assure the parents all of their kids are above average…). After witnessing some horrible driving, it is sometimes the job of our court system to decide who should be found guilty of a simple citation called “careless driving”, and who has committed a criminal offense known as “reckless driving”. A careless driving citation gets you a ticket & fine–but reckless driving often involves handcuffs, an arrest, and a trip to the jail house.

In the recent case of Smith v. State, an appellate court wrestled with this very issue. 2017 Fla. App. LEXIS 6531 (Fla. 2nd DCA 2017). Smith was driving one evening before sundown, in clear weather conditions. He was not speeding, and his headlights were on. Suddenly, he lost control of car by swerving to his right, onto the sidewalk, eventually hitting a bicyclist. Unfortunately, this accident caused serious bodily injury to the bicyclist.

Smith was arrested and charged with felony reckless driving (most reckless driving charges are misdemeanors, but the bicyclist in Smith’s case was seriously injured, and these injuries upgrade the charge to felony reckless driving). At trial, Smith claimed that his steering was defective, but the jury didn’t buy it. They found him guilty, and the judge gave him the maximum sentence–five years in prison. Yes, five years in prison. Child molesters are getting probation, just to give you some perspective here.

Let’s start by defining reckless driving, as found in Florida Statute 316.192(1)(a): reckless driving involves “driving any vehicle in a willful or wanton disregard for the safety of persons or property”. Hum. How would careless driving be any different? Well, let’s define some more words, and maybe we’ll get there. ‘Wilful’ means intentionally, knowingly and purposely. And, ‘wanton‘ means “with a conscious and intentional indifference to consequences and with knowledge that damage is likely to be done to persons or property.”

So, does the above definition of “reckless driving” — a crime — tell you anything different than what you might expect from a non-criminal citation for careless driving?

Just in case you’re still unsure as to what reckless driving is, another case put it this way: to determine “whether a defendant was driving recklessly, the essential inquiry is whether the defendant knowingly drove the vehicle in such a manner and under such conditions as was likely to cause . . . harm.” Santisteban v. State, 72 So. 3d 187, 195 (Fla. 4th DCA 2011).

Got it? No? Let’s forget about “words” and “definitions” for a moment. Who needs ’em? How about some real life examples? You tell me whether or not the facts listed below constitute criminal reckless driving:

defendant “was driving a vehicle which left the roadway, traveled [for over 500 feet at approximately forty miles per hour] along a sidewalk and a grassy area, crossed a divided roadway and hit a sign which launched the car over a median of the intersecting street and land[ed] on the victims[‘] car crushing the two occupants.”

Now back to Smith. He too lost control of his car, and ran up onto a sidewalk. Was Smith guilty of reckless driving? No. The court threw out his conviction (and thus, released him from his 5 year prison sentence), reasoning that “in this case, although the State may have proved that Smith was careless or negligent, there is no evidence that Smith, ‘in an intentional, knowing, and purposeful manner,’ drove his car off the road and onto the sidewalk ‘with a conscious and intentional indifference to consequences and with knowledge that damage [was] likely to be done to persons or property.’ ” Smith at 5.

And, just in case we’re still not clear as to what–exactly–constitutes the crime of reckless driving, the Smith court quoted several other court opinions which explain what does not constitute reckless driving. Here they are:

The bottom line is that a crime is not committed every time someone loses control of the car and causes injury. It is a tragedy, no doubt. And, when you see the amount of suffering such carelessness can cause–you’re going to want some vengeance. I’ve been there. I get that. But, its not a crime.

PS: If you should be on the receiving end of the kind of driving described above, get yourself a good personal injury lawyer (I know several!).