Your Phone Pics Can Land You in Prison 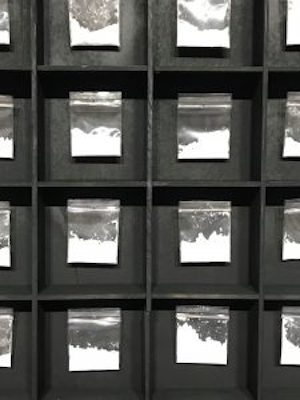 I get it. People do things they shouldn’t do. But, taking a picture or video while doing it seems like you’re pushing your luck. Again, I get it. Today’s real-life case should serve as a gentle reminder that even borderline shady photography may cause trouble, so, I recommend you not document shenanigans with your iPhone. Just saying.

Todays’s case is Dion Johnson v. State of Florida, 2019 Fla.App.Lexis 18806 (Fla 1st DCA 2019). Johnson was sent to prison for 15 years for drug trafficking. A picture on his phone sealed his fate. Here’s what happened:

The SWAT team executes a search warrant of a house. Several people in the house during the search. One of these folks was Dion Johnson. We know that Johnson did not own or rent the home, he was just visiting.

At trial, the prosecutor called a witness who testified that drugs were sold from this house, and they testified that even Johnson was selling drugs from this home, but the witness couldn’t say what kind of drugs Johnson was selling (I cannot believe this evidence made it to trial, but that’s a topic for another day, in general, see Austin v. State, 44 So.3d 1260 (Fla. 1st DCA 2010)).

When the SWAT team arrived, Johnson was in the living room. Inside one of the bedrooms, the SWAT team found lots of substituted cathinones (bath salts). They found so much bath salts that it constituted the crime of trafficking in bath salts.

Oh, and I left out one important detail. The police found Johnson’s phone in the home. On his phone, they found a picture taken in the kitchen two days prior. This picture showed six baggies of “something similar to bath salts”, and the baggies were sealed in the same manner as the bath salts found in the bedroom.

Yes, this picture closed the deal. Johnson was found guilty of drug trafficking and given 15 years in prison.

To convict Johnson, the state needed to prove what we call “constructive possession”. Whole books (well, chapters) have been written on this concept, so allow me to oversimplify a bit: basically, when drugs are found in a place with multiple people around–the prosecutor has the burden of linking these drugs to you by proving with independent evidence (a) that you knew of the presence of the drugs and (b) you had the ability to maintain dominion and control over the drugs.

How did the state prove Johnson (a) “knew of the presence of the bath salts?”

Well, they didn’t. The appellate court explained that, after reviewing the trial transcripts, “the State offered no evidence connecting [Johnson] to the bedroom in which the cathinones were located. It is undisputed that [Johnson] was in the living room when law enforcement arrived and that other individuals were in the house at the time.” id. at 6.

The appellate court recognized that it was the phone pic that convicted Johnson, noting that “the primary piece of evidence relied upon by the State was the photograph found on Appellant’s phone.” id. at 7. As the title of this article suggests, a phone pic may get you 15 years of prison. But the appellate court wasn’t buying into the significance of the pic, reasoning that “not only was the photograph taken two days prior to the search, but, according to the evidence, it was taken in the kitchen, not in the bedroom where the drugs at issue were found. . .” id.

This would be a good time to remind you that merely being in a house where drugs are found is not enough to convict. The state must present independent evidence linking the defendant to the drugs. Typically, this independent evidence comes in two flavors: (1) forensic evidence like fingerprints on the baggies, or (2) testimony from witnesses or admissions from the defendant. In Johnson’s case, they had neither.

The court threw out Johnson’s drug trafficking conviction and his 15-year prison sentence, explaining that “we reject the State’s argument that the photograph constitutes independent proof that Appellant had knowledge of the substituted cathinones found in the bedroom. Nor does the photograph amount to independent proof that Appellant had control over the drugs for which he was convicted of trafficking. ” id. at 9.

The moral of this story is simple. It may be tempting to document shenanigans on your iPhone, I get that. Please resist this urge so as to avoid having to hire folks like me.