How to Reduce Grand Theft to Petit Theft

I want to say a quick word about grand theft. And, I don’t mean any grand theft, I mean the shoplifting variety of grand theft. 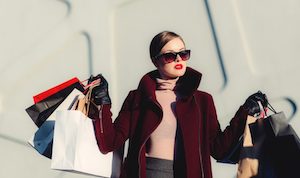 The way we do that is we’re going to attack the pricing structure of their claim that you stole over $300 worth of stuff. Let’s face it, the cops are not on your side, they’re not your friend, so when they list the items and they claim its over $300–it really may not be over $300.

If you get caught stealing $330 worth of stuff from Bed Bath & Beyond–this place sends out a 20% off coupon every day of the week. 30% off $330 gets you under $300, that gets you a misdemeanor. Everybody uses those coupons at Bed Bath & Beyond and therefore, you shouldn’t be facing a felony when the promotions that are available were gonna get you items under $300.

That’s just one way that we’re going to take a felony and turn it into a misdemeanor.

We’ve got a lot of ways to fix a grand theft shoplifting. So, go out there, talk to some attorneys, give them the facts of your case, and let them work this thing out so that you don’t have a felony on your record and you’re not facing that Circuit Court judge who can send you to prison for something stupid. We’re here to help, this is a totally fixable situation.