Punished for Going to Trial 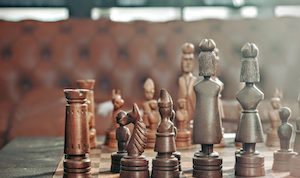 For 18 years I’ve been defending criminal cases in Orlando, Seminole, and Osceola (yawn). So, I’ve seen my share of folks get ‘whacked’ for going to trial. Back in the 90’s, I was a public defender and my first felony assignment was Judge Richard Conrad. He was an excellent judge, and I learned more in that courtroom in one week than three years of law school. One thing I learned was that, if you lose at trial, watch out! My first day, I watched a defendant turn down one month of probation on a battery, and after the jury’s conviction for aggravated battery with a firearm, he received over 20 years prison! …My first day.

Anyway, the cardinal rule, according to “Florida law”, is that a defendant cannot be punished merely for electing his constitutional right to have a jury trial. But, what happens when the judge “hears some facts at trial” that change his sentence, does that constitute “punishment for going to trial?” Well, let’s see.

The case is Karras v. State, 60 So.3d 1186 (Fla. 4th DCA 2011), Karras was convicted of sale and delivery of cocaine, possession of cocaine, and trafficking in cocaine. After trial, the state requested four years prison, due to the state’s anger for the defendant “taking the stand and lying and not accepting responsibility.” Don’t you love hearing that? If you don’t agree with the government’s point of view, you’re lying and not accepting responsibility! That would make George Orwell proud, some young prosecutor not only read ‘1984’, but lives by it’s words….

The trial judge agreed with the state’s position, finding that the defendant’s lying testimony ‘aggravated the case’, but used this reasoning to go above the four years, and gave him five years prison. The appeals court, thankfully, overturned the sentence, finding that the trial court “crossed over the line of fundamental error when it sentenced the defendant to a greater amount of time than requested by the State” due to the so-called aggravating testimony.

But, you can’t help wonder, if the judge simply kept his trap shut and thus did not verbally agree with the state’s ‘outrage’ over the defendant’s testimony–could the judge have given a longer sentence (that would not have been considered ‘punishment for going to trial’)? Guess we’ll never know….