Shoplifting in Florida is a crime but we don’t call the crime “shoplifting”, right? We call it either petit theft or grand theft. And, the reason for those labels is, depending on the value of what was shoplifted–if it’s a $500 purse that’s a grand theft, it’s a felony. You can get five years prison for that one purse. It sounds unbelievable but it is.

And then, if its under $300, a little make-up in your purse or what-have-you, some jewelry, then that is a misdemeanor that can be punishable by up to a year in jail or only sixty days in jail.

The good news about a shoplifting case, no matter how it breaks down, is that it is fixable. The good news is, we can get these things dismissed. 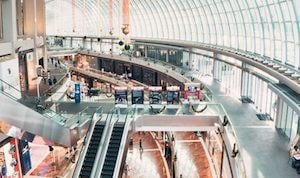 But I wanted to take this video to sort out a common urban myth about shoplifting: When does this crime occur in Florida? If you look at the way the law written, the law says–once you’ve concealed an item, if you’re in Publix and it’s a really nice steak and you just put it down your pants and that steak is concealed, you’ve committed the crime of petit theft. Unless that steak is worth more than $300, like a Kobe type beef where the cows are massaged, I don’t know. But if it were worth over $300 it would be a felony.

My point is, they don’t have to wait until you get to the cash registers or until you leave to throw some hand cuffs on. The crime has been committed, they could take you into custody right then and there and charge you.

The other thing I want to mention to you that is very important on a shoplifting case, whether it’s a petit theft, or it’s a grand theft, is that this charge IS A JOB KILLER. The reason for that is every employer, you know, there’s a lot of competition out there these days, and when they see somebody that is labeled a thief–their background check says “this guy or gal is a thief”–they may pass over you. Or, even if they give you a chance at the job the minute something goes missing all of the sudden you’re to blame, right? You don’t need that kind of trouble.

The good news is, every petit theft or grand theft you can seal it, or you can expunge it if you qualify. So, you want this thing sealed or expunged.

Here’s my advice. Make sure that you get with your attorney, when you’re shopping around for somebody on your shoplifting, no pun intended, please get somebody’s that’s willing to seal or expunge this thing as part of the package. It’s going to be a heck of a lot cheaper to work that deal in on the front end than to go pay somebody for a separate seal or expunge and that alone can cost you $1200 – $1500. It’s an 8 month process to erase something and once it’s erased those employers we talked about, nobody’s going to see it anymore. It’s a beautiful thing.

I wish you luck on your shoplifting charge. Find the right local attorney that is willing to wrap everything up for you. Good Luck.